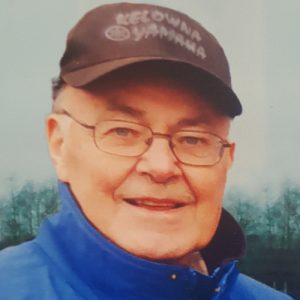 It is with great sorrow we announce the passing of (David) Rae Hanbury, born June 16, 1929 and died July 7, 2021. He is survived by his loving family and will be greatly missed.

In his youth, he had worked on an orchard in Oliver, BC and got his 1st motorcycle.  He attended UBC and from there had a long career as a border guard, working his way up through the ranks in the immigration branch of the government and moving across the country several times until his retirement.

After retirement, Rae and his wife Janet took to the snowbird lifestyle, spending much of their time travelling on the road in their “Bounderberry” motorhome, making new friends along the way, and partaking in many Escapees club activities.

Rae was a very active senior, and had many friends. He liked to meet up with his motorcycle gang for breakfast, and head off on both day and overnight trips around the Okanagan with them. He really enjoyed taking the back roads and the old highways, and he always knew the most scenic route to take wherever he went. One of his favourite places to drive through was Oyama, a small road sandwiched between two lakes in Lake Country. He was also a member of a local bowling team and pickle ball team.

He was a notorious sweet tooth, and a happy recipient of the baked goods given to him. His favourite dessert was a slice of pie, drenched in milk. He liked watching movies and documentaries, especially anything historical and about the war. His favourite TV show was JAG, a drama about the military courts. He also loved fantasy movies such as Harry Potter and Star Wars.