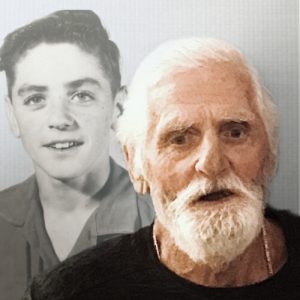 Our beloved Raymond Edward Hansen, 76 years, of Kelowna, BC, passed away surrounded by family on March 8, 2021.

Ray started life in England during WWII. He went on his first journey when he was about 1-year-old traveling from England to Standard, AB with his Mom and 3-year-old sister. Once his dad came home safely from the war, they traveled to BC, and he has lived here his entire life. Ray spent most of his younger years in Kamloops, and it is there that he started his family.

Ray moved to Kelowna in the mid 70s working as a logger in the Okanagan region. Ray loved to dance (2-step) and spent many a night at the OK Corral. That is where he met his 3rd wife Barbara Craig. They married and had many plans for the future which including buying a 10 acres piece of land in Oyama that they were going to build their dream home on. However, life had a different plan and Ray suffered a severe workplace accident which left him paralyzed. He spent the next year at J.F. Strong in Vancouver with Barb by his side. Once he was able to return home Ray and Barb dedicated their time to their children and grandchildren. Ray especially enjoyed spending times with his grandchildren, playing with them and taking them on many adventures.

Incredibly funny and very generous, Ray loved being in the sun and would have loved to move to Mexico. He enjoyed gardening, woodworking and raising his prize Koi fish.

A Private Family Service will be held to honour Ray’s memory. In lieu of flowers, donations may be made to Spinal Cord Injury BC.