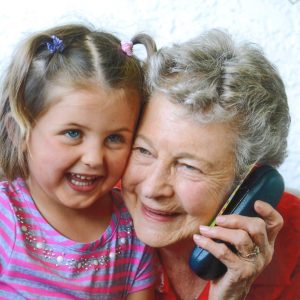 She was born Feb 28,1926 to Malcolm & Jessie Morrison.  Janet was pre-deceased by her loving husband John Harland in 2018, sister Christina Wales and brother Ian Morrison.  She is survived by her 3 children and their families Jan (Joe), Chris (Stuart), Jack (Lise).

Janet will always be remembered for her devotion to John, her beloved husband, celebrating 68 years together.  Janet was born in Clydebank, Scotland then lived in Letchworth, England and finally Belfast, Ireland where she met & married John.   John & Janet immigrated to Canada in 1951.  In 1960 they moved to Kelowna where they lived for 60 years.

Janet graduated as an RN and was always very fond of her years as a student nurse.  She was active on the PTA and in 1970 served for 10 years on the School Board becoming Board Chairman in 1975 for 2 years.  She was appointed to the Okanagan College Board for 4 years.  During the 80’s & 90’s she was involved with the Art Gallery organizing many fund raising events and actively contributing to the Community.

Family was always a very important part of Janet’s life supporting and encouraging her children and grandchildren to do well at whatever they decided to do.  Janet expressed a positive attitude right up until the end of her life; she was a dedicated mother, wife & grandmother hosting and organizing her social calendar.

Janet loved reading, travelling, knitting, golfing (joining the Kelowna Golf Course in 1972), theater and playing Bridge.  She had a special affinity to Scottish Country dancing.  Janet loved living in the Okanagan; she canned and followed the seasons of the fresh fruit with zeal.   Janet and John moved to Avery Road and for 32 years enjoyed the ever-changing view of the lake and mountains and camaraderie in the neighborhood.   During 1970-1990 Janet and John loved visiting Britain to see their close relatives and tour many European countries.  In 2005, Janet and John moved to the Fountains where they made many friends.   They enjoyed their last few years together at Sandalwood Residence.

The grandchildren Christina (Dom), Jill (Ivo), Ian and Matthew with great grand children Harlow, Stevie and Leo were ‘Nana’s pride and joy.  She was always interested in what they were doing and looked forward to family get-togethers.

We would like to convey our special thanks to the Glenmore Lodge staff.  CoVid19 changed our world; it was difficult to visit, but we knew Janet was well looked after as she always commented on how kind the staff members were to her.  Janet missed her friends at Sandalwood.

In lieu of flowers, donations can be sent to a charity of your choice.

A family ‘celebration of life’ to be held on Monday, July 27, 2020, at 1:00 pm at the Springfield Funeral Home Family Centre, 2020 Springfield Road, Kelowna, BC. Due to Covid-19 restrictions the number of attendees will be limited, if you wish to attend please click here to sign up.


The service for HARLAND, Janet is scheduled for Monday, July 27, 2020, at 1:00 pm (See link below to sign up) . Below you will find the map for the service location and the contact information should you have any questions.