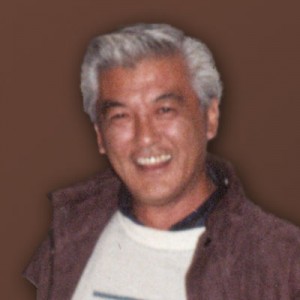 It is with great sadness and love that we announce the passing of George Kiyoshi Hayashi of Kelowna, BC at the age of 66, after a lengthy battle with cancer.  He will be deeply missed by many friends and family.  Survived by his daughter Stacey Hayashi (Jason Higo), daughter Bobbi Hayashi and grandchildren Josh and Sarah Higo; Mom Shizuae Hayashi and sisters Joyce (Don) Favell, Pegi (Joe) Uyeyama, Gail (David) Brown; mother-in-law Kikue Osaka; sister-in-law Hiroko (Tobo) Kawamoto and nieces and nephews: Maya, Jackson, Lindsay, Kelsey, Robyn, Hayley, Andrew, Nathan, Darren and Rod.

Predeceased by his father Katsuzo Hayashi and his wife Irene Hayashi.

Born and raised in Kelowna, BC, George has been described by his nephew as a combination of Donald Trump and The Fonz.  He enjoyed and had a very successful business career in the Electrical Industry.  He enjoyed spending time in Vegas and Maui with his buddies and loved playing golf, fishing and travelling.  George’s infectious smile, great sense of humour and love for life will forever be imprinted in our hearts.

A Memorial Service will be held on Thursday, March 22nd at 6:30 pm at the Kelowna Buddhist Temple, 1089 Borden Avenue, Kelowna, BC.


The service for HAYASHI, George Kiyoshi is scheduled for Thursday, March 22nd at 6:30 pm . Below you will find the map for the service location and the contact information should you have any questions.