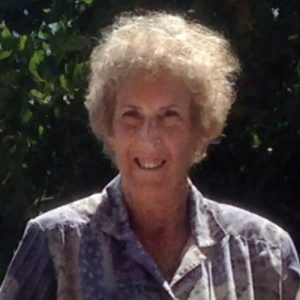 Lynne Herrin passed away peacefully, surrounded by family at Kelowna General Hospital on Saturday, December 31st, 2022, after a short battle with illness.

Lynne goes to join her husband, Ernie Herrin; her parents, Don & Win Appleton; and her brothers-in-law, Kenny Herrin and Dan Wheeler, all who passed away before her. She will be missed deeply by her son, Michael Herrin, and daughter-in-law, Lena; and by her grandchildren, Kendra and Devon. She will also be remembered by her brother, Lee Appleton, and his wife, Shirley Ann, and their son, Grant; his sister- and brother-in-law Bunny & Walt Valente, and their family; as well as by her sister-in-law Marg Wheeler and her family.

Born and raised in Kelowna, BC, Lynne then spent 25 years living in Stewart, BC; Whitehorse, YT; Kitsault, BC; and back to Stewart, before moving back to the Okanagan Valley, settling in Peachland, BC in 1985 with her husband Ernie.

Throughout her life, Lynne treasured and valued providing service to the community. She supported all aspects of the Arts: she was a member, for decades, with the Peachland Lions Club; as well as involved with the Peachland Hub Society; Peachland Community Connects Society; Peachland Mural Festival; Peachland Community Arts Council; Peachland Visitor Centre; Tourism Economic Development Committee; Pinccushion Quilting Guild; Peachland Recovery Task Force; Peachland Public Art Commitee; Peachland Boardwalk Project; and organizing Peachland’s Canada Day parade. Being a part of these important community programs along with wine club, book club, and her strata council is what Lynne loved to do – serve the community, enjoy time with friends and make new friendships along the journey.

Lynne was recognized for her dedication and contribution to community service, receiving Peachland’s Citizen of the Year Award in 2012.

Following Lynne’s wishes, there will be no funeral or service.  A Celebration of Life will be planned for the spring.