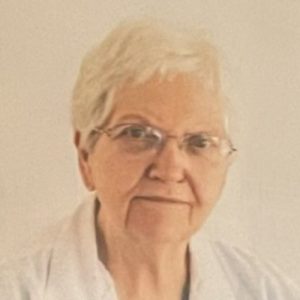 Theresa was raised in Carlton, SK and she lived in North Battleford, SK, in 1967 she moved to Kelowna, BC. A 5-pin bowler and a bridge player, she was a social person. She gave to her community by being involved with Legion and Navy League. Theresa was a worrier, which really showed how much she cared about her family.

The family would like to extend their appreciation to Hilda Knopf, neigbour and friend, for all that she has done. As well, the family has gratitude for the Staff and Nurses at Cottonwoods, for their excellent care of Theresa while she was a resident.

A Private Family Service will be held. Theresa will be laid to rest and join her beloved husband of 69 years, Art, who passed before her in 2018.