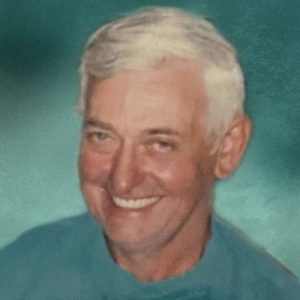 “A country is in mourning, a veteran died today.”

Surrounded by family at the Hospice House Kelowna, James Hodgetts passed away on July 18, 2021, at age 91. Jim was one of six children born during the Depression to the late Howard & Winnifred Hodgetts. Emily Carr was Jim’s Godmother. The family lived in Popkum and Steveston, and in  later years he lived on Vancouver Island, in the Kootenays, and in the Cariboo. Jim’s early career was working as a tugboat mate. He joined the Canadian Merchant Marine Navy, as a teenager, in WWII, sailing on the Mohawk Park in the Pacific.  In 1956, he joined the Vancouver Police Department.  Upon retirement, he worked in the hotel and tourism industries, operating Lee’s Corner at Hanceville, as a motel owner in Salmo, a Regional Director for Sandman Inns, and as Director of Cariboo Tourist Association.  All these roles were done with his characteristic sense of humour.

A Celebration of Life is planned for a future date. In lieu of flowers, donations may be made to the Kelowna hospice volunteers at COHA (Central Okanagan Hospice Association) or email at  carmen@hospicecoha.org.