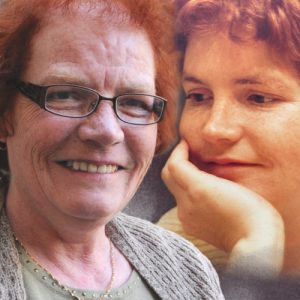 Susan passed away peacefully, with her family at her side, on May 21, 2021, in Kelowna, British Columbia at the age of 67.

Susan was a beloved wife, mother, sister, and friend to many. She had a loving heart and always put others before herself. She moved to Kelowna in 1991 with her husband Manfred, son Chris and daughter Michelle. While raising her family she also served as a nurse at Cottonwoods Care Centre and later at Kelowna Hospice House until she retired.

She was kind, generous with her time, and made a gentle space for those who needed support. When her husband fell ill with cancer she put everything aside to care for him at home. He told everyone and anyone she was his “angel nurse”. Following Manfred’s death in 2006, she continued to extend that same compassionate care to the patients and their families at Kelowna Hospice House.

Family was a central part of Susan’s life; she was very close to her children. Her son Chris, also of Kelowna, was always there to lend her a helping hand. She cherished being Granny to Chris’ and his wife Allison’s children, Jackson and Callie. Susan also had daily conversations with her daughter Michelle of Vancouver, BC, the two never missed an opportunity to talk about their day. Susan and Michelle also shared many mother-daughter travel adventures across North America over the years.

Susan made friends everywhere, and she had a way of always making you laugh.

Susan will forever be in the hearts of her children Michelle (Jeff), Chris (Allison); grandchildren Callie and Jackson; sisters Deb (Gord) and Brenda; brothers Jamie and Frank; and many more extended family and friends. Susan was preceded in death by her brother Bill; mother Ruth; and father Frank.

A Funeral Service will be held to honour Susan, however, due to the current pandemic restrictions, it will be by invitation only. The family would like to invite all who want to pay their respects to join by Livestream on THURSDAY, MAY 27, 2021, at 10:00 AM PST (see below). A recording will be made available to view shortly thereafter.

In lieu of flowers, donations may be made to the Central Okanagan Hospice House.