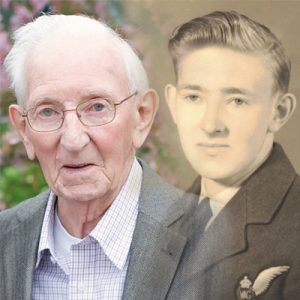 Philip Frederick George Holland passed away peacefully on January 10, 2020 at the age of 95. Born on December 13, 1924 in London, England one of 9 children of Francis Walter & Alice Holland. Philip is survived by his loving daughters April Dunn & Christine Holland; grandchildren Jennifer Garland (Aaron), Justine Holland (Daniel), & Jordan Dunn (Jennifer); & great grandchildren Brady-Cole, Jakob, Mikayla, & Jackson. He is also survived by brothers Donald, Ronald, & Leonard Holland & many nieces & nephews. Predeceased by his loving wife Hazel, Philip will be placed alongside her at a later date.

There will be no service at this time. In lieu of flowers, donations may be made to The Kelowna General Hospital Foundation, www.kghfoundation.com,  or Kelowna SPCA, spca.bc.ca.  If you wish to send a condolence, post photos or share a memory, please scroll down the page to the area called “Condolences.”