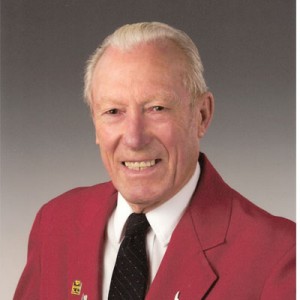 Devoted Husband.  Loving Father.  Servant of the Lord.  Harold was born in Hanna, Alberta and spent most of his childhood on the farm in Okotoks and Spondin, Alberta with his parents, ‘Bee’ and Rose Howery and his three brothers before they moved to Hanna, Alberta.  He enlisted in the RCAF when he was 17 and served faithfully from 1943 until 1946.  He then attended Prairie Bible Institute in Three Hills, Alberta until 1948 when he moved back to Hanna.  He was a businessman there with various ventures including trucking, Modern Auto Sales, the Modern Service Station, real estate, working for MacLeods, and his Hanna Variety Store.  During this time he married and his three children were born.  In 1969, the family moved to Winfield, BC and he was hired by White Star Construction, Marshal Wells, Woolworths and Vanguard before building 16 homes in Winfield.  He spent his life in service to the Lord in various church ministries as a member of the Alliance Church and the Gideon organization, as well as being a Kelowna Airport Ambassador for the last 10 years.  He entered the presence of his Saviour on June 2, 2011 after a brief illness.  He is lovingly remembered by his wife and partner of 58 years, Frieda; his children Rod & Lil Howery, Dorothy & Tim Goode, and Brendalee & Kevin Robinson; his grandchildren Jocelyn Howery, Josh & Jackie Goode, Amy & John Geistlinger, Casey Howery, Rylee Robinson and Grace Robinson;  his great-grandson Eli Geistlinger; his brothers Delbert & Evelyn Howery and Ron & Sheila Howery.  He was predeceased by his parents and his brother, Don Howery.  A memorial service will be held at the Lake Country Alliance Church on June 24th at 2 pm.  If desired, donations may be made to the Gideons or the Christian & Missionary Alliance Global Advance Fund in Harold’s name.  Condolences may be sent to the family by visiting www.springfieldfuneralhome.com, 250-860-7077.


The service for Howery, Harold Zean is scheduled for Friday, June 24, 2011 at 2:00 pm. Below you will find the map for the service location and the contact information should you have any questions.