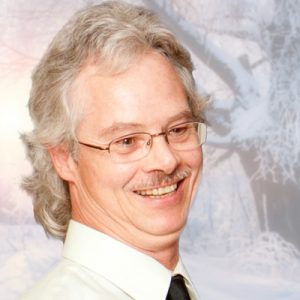 It is with great sadness that the family of Ted Hutchinson announce his passing on December 3, 2019 at the age of 62. He will be missed by his loving family: his wife of 40 years, Colleen; sons Justin (Jenny) and Colin (Teri); and grandchildren Ayla and Britton. He will also be missed by his sister Denise (Greg); sisters-in-law Eileen (Brant) and Diane (Mike); brothers-in-law Gilbert (Karen), Armand, and Dale (Melody); stepfather Edward and his extended family; Aunties Edith and Norma; as well as numerous nieces and nephews; and many friends.

In 1977, Ted applied for a job in drafting that would define much of his career. The company known today as Alta Gas in Leduc, AB hired him, and he moved up in the company to Manager of the CADD/GIS and Drafting Department for Western Canada. He worked hard implementing, designing, and overseeing; his accomplishments were something to be proud of. A true draftsman no detail was too small, even his penmanship was notable. Then, in 1998, he and his family took a big risk to follow his heart and they moved to Sicamous, BC. It was there that he was able to truly help people on a daily basis, and he became the Owner/Operator of Sicamous & Eagle Valley Towing. Ted had a saying “If at first you don’t succeed, ask Ted to help you!”

Ted gave his life for the love of his family, friends, and colleagues. His smile and kindness has touched us all! He loved camping and fishing; his love of nature was the real deal! Ted also loved music; he would spend endless hours curating the perfect playlists for the family to enjoy while at home, camping, or on a road trip. Ted loved being on the highway; it was his “stairway to heaven”!

With heavy hearts and all our love from your family, friends, and colleagues: Rest in Peace Ted.

A Celebration of Life will be held at a later date. In lieu of flowers, donations may be made to the Kelowna General Hospital Foundation, www.kghfoundation.com.