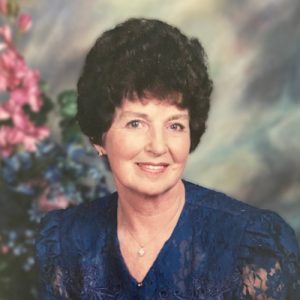 Ursula was born on December 16, 1933 in Evingsen, North Rhein – West Phalia, Germany.  She was the youngest of two children born to Werner & Helene Mohn. Her brother Hans-Werner was three years older. Her father died in 1942 at the age of 37, due to double lung pneumonia. Her mother raised Ursula and her brother alone through WW2. Ursula’s total trust in her Lord and Savior started to grow during the war, as she faced fear and hunger, and it carried her throughout her entire life.

She met her husband Waldemar Tripke at the age of 19 as they attended the same church. They courted for 6 months and were married on August 29, 1953. Their first child, Dorothy, was born in 1954. A week prior to Dorothy’s arrival they bought their first bakery. It was so run down; they wasted no time in starting to renovate it. The bakery business was so successful, that in 9 years they had 3 established locations and were soon going to open up their fourth. During that time their second daughter Barb, was born in 1957, and their third child a son, Dieter was born in 1959. Those were difficult and busy times.

During that time the political situation in Germany was unstable and their lease agreement with the landlord was soon expiring, the decision was made to move to Canada as a new opportunity presented itself to them. Even though it meant starting from the beginning, they wanted a better future for their children. So, in June 1963, after all the businesses had been sold, Waldemar, Ursula and their 3 children boarded the “Arcadia” and set sail to Canada. Ursula was concerned and saddened to leave her mother behind as she was not well. Ursula learned to “lean on God” and trust that He would take care of those she loved and said goodbye too. Ursula clung to her 3 children, her husband and her God as she embarked on this new adventure.

In August 1963, Tripke Bakery was opened in Prince George, BC. Ursula worked daily beside her husband, helping with counter sales, cake decorating, pastries, wedding cakes and delivering to the many hotels and stores on the side. Three years later in 1966, their fourth child, Cornelia was born. The bakery was thriving, but the long hours took their toll on Ursula’s health.

The decision was made to sell the bakery in Prince George and move down to Kelowna to retire, which they did November 1981. They had already built a home in Kelowna that they would come down to visit every other weekend from 1978-1981. But Waldemar did not take retirement well and soon opened up a bakery in 1983. Ursula worked tirelessly at Waldemar’s side and the bakery thrived.

In April 1985, Waldemar suddenly died of a massive heart attack, leaving Ursula alone to manage the bakery. Dieter having baked alongside of his father in Prince George, stepped up to do the baking. Eventually the bakery was sold in the early 1990’s.

In 1986, Ursula started seeing Gustav Issler, a widower, who had been part of a close circle of friends at Grace Baptist Church. Their friendship grew, and they married in December 1986. With Gustav, she had the opportunity to travel which she never did with Waldemar as she helped him build his thriving bakeries. Gustav and Ursula travelled the world as a couple as well as with a few special friends.

In the spring of 1998, Gustav suddenly fell ill and died of lung cancer. Ursula filled her time with her children and grandchildren. She also had many wonderful friendships with the ladies of Grace Baptist Church. Yet she still yearned for companionship and started seeing Erwin Giersch, a widower. Their friendship grew, and they married in September 2001. During those years as Erwin’s health was failing, Ursula cared for him faithfully, while putting her own declining health aside. Erwin passed away in June 2017.

To Ursula her children, grandchildren and great-grandchildren were everything. She lovingly cared for and was available to each and every one. She had different nicknames for them, and she was known for her heart shaped waffles, which she always made sure to have a fresh batch waiting for whoever came over. Ursula also loved her two Maltese dogs, that she had owned over the last few years. Suzy and Daisy were very special companions to her that she loved to spoil. Ursula also loved flowers, Azaleas and Cyclamens were some of her favorites. She had such a green thumb. Singing was also something she had enjoyed doing and had joined the choir in both the church in Prince George and in Kelowna. Eventually Asthma made singing to difficult for her.

Ursula loved to drive her car; it was a stress release for her. Sometimes she had a heavy foot, she always proudly told us the story about arguing with a police officer over her speeding ticket. She told him “she needed to blow out the carburetor”.

Mom, you will be truly missed. We thank you for loving us and leaving us a Godly legacy. Thank you for praying for us constantly. It will be hard not to want to come over for a cup of coffee or to call you to tell you what’s been going on in our lives. We love you dearly, until we meet again.

Due to Covid-19, a private Funeral Service will be held to honour Ursula, you can join the family by Livestream on Wednesday, February 10, 202,1 at 1:30 PM. A recording will be made available to view shortly thereafter. (SEE BELOW)

In lieu of flowers, donations may be made to a charity of your choice or to the ministries of the Victory Life Church.