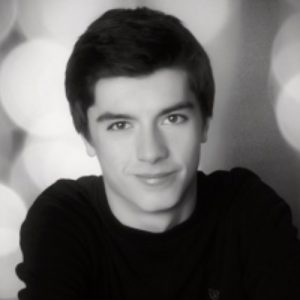 It is with broken hearts that we announce the unexpected passing of Connor on June 3, 2020, at the age of 23.

Connor was born on November 29, 1996, in Terrace, BC where he started primary school and played soccer. He and his family moved to Prince George, BC where he attended Grades 2 – 7, found his passion for hockey, and loved spending time with his friends on our backyard rink. Connor and his family moved to Kelowna, BC in 2010 to be closer to his Gechan (grandfather). He attended Okanagan Mission Secondary and the OKM Hockey Program, where he met many long-time friends and graduated in 2015.

Connor is survived by his parents Derek and Tracey Itani; his grandparents Connie Gardiner, Beryl Itani, and Ron (& the late Karlene) Clark; his aunt Sheri Clark; and many other aunts, uncles, and cousins. He was predeceased by his great-grandparents on both sides of the family; his Gechan Tom Itani; and numerous aunts and uncles who are also missed dearly.

Connor was deeply loved by his family and friends and his beloved cat Norton. He had a passion for hockey, biking, music and all things nature. Sports came naturally to him, and he also loved skiing, skateboarding, playing inline hockey, and golfing. His family cherishes the many memories made when spending time together fishing and camping; travelling to hockey camps & tournaments; and going on family vacations to some great beaches.

Connor had a big heart, gave huge warm hugs, and was always surrounded by friends. He will be remembered for his great sense of humour and the way his smile and laugh would light up the room. The world has truly lost a gem, and he will be forever missed by all who loved him.

The Itani family would like to thank the Kelowna General Hospital ICU staff for their care and compassion, and family and friends for their outpouring of love and support.

A Remembrance Service will be held on FRIDAY, JUNE 3, 2022, at 4:00 PM, at SPRINGFIELD FUNERAL HOME, 2020 Springfield Road, Kelowna, BC. An informal celebration will follow with food and refreshments at his family home.


The service for ITANI, Connor Ryan Takeo is scheduled for FRIDAY, JUNE 3, 2022, at 4:00 PM. Below you will find the map for the service location and the contact information should you have any questions.