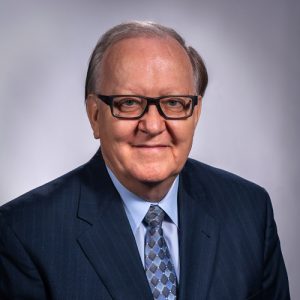 Daniel Richard Jackson, beloved husband, father, grandfather, brother, uncle, and friend to many, passed peacefully to his rest on Saturday, July 23, 2022, in Kelowna, BC. During his 49 years of ministry, he served as a pastor, teacher, and administrator.

Dan was born and raised in Edmonton, Alberta and graduated from Canadian Union College (now Burman University) in Lacombe, Alberta and the Seventh-day Adventist Theological Seminary in Berrien Springs, Michigan. He served in British Columbia, Alberta, Saskatchewan, Ontario, Sri Lanka, and India. Dan participated in humanitarian and education projects in Africa, Asia, Europe, and North America. The last position Dan held prior to his retirement was President of the North American Division of Seventh-day Adventists from 2010 to 2020. He is remembered for his love of people, inclusivity, humour, and courage.

In lieu of flowers, donations may be made to ADRA, Canada, or A Better World.

A Memorial Service will be held on August 12, 2022, at 1:30 pm, at the Rutland Seventh-day Adventist Church, 130 Gertsmar Rd., Kelowna, BC. If you are unable to attend in person, please join the family online by Livestream at the time of the service (see below), a recording will be made available to view shortly thereafter.


The service for JACKSON, Daniel Richard is scheduled for FRIDAY, AUGUST 12, 2022, at 1:30 PM (PDT). Below you will find the map for the service location and the contact information should you have any questions.