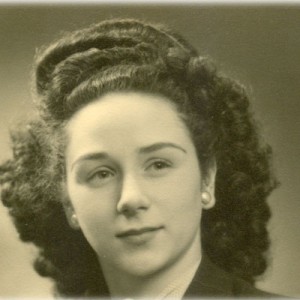 Doreen passed away after a lengthy stay in the Kelowna General Hospital at the age of 86.

Born in Drypool, in the county of Kingston near Hull, Northern England, and raised in Lancaster. She joined her husband as a war-bride, arriving in Calgary, and later moved to Ottawa before finally settling in Kelowna during their retirement years.

She was predeceased by her darling husband Norman, her brother Reginald, and mother Gertrude.

Doreen is survived by, and will be remembered fondly here in Canada by her son Barry, his partner Maria Ortiz Roa, and her daughter Maria. She will also be dearly missed by brother-in-law Gordon (Jakel), sister-in-Law Verna, and husband Bruce (Pollard) and their family along with many special friends throughout the country.

She is also leaving behind a grand-son Michael and great granddaughters, Melissa Ann and Samantha.

Doreen will also be sadly missed by family and extended members in Northern England including her dear sister-in-law Jess, Beverley and Alan Whitaker, their sons Daniel and Thomas, and by Eugene and Lynda O’Connor.

A special thank you to Dr. Dan Obedkoff for his always dedicated care and friendship.

This War-bride’s journey is now complete, and she is reunited with the love of her life for eternity with a service at the Kelowna Memorial Park Cemetery Fri. Mar. 30th at noon, followed by a celebration of life gathering at the Springfield Funeral Home 2020 Springfield Road starting at 1 p.m.

In lieu of flowers, to celebrate her life, please consider a donation to one of the following in her name.


The service for Jakel, Doreen is scheduled for Fri. Mar. 30th at 1:00 pm . Below you will find the map for the service location and the contact information should you have any questions.