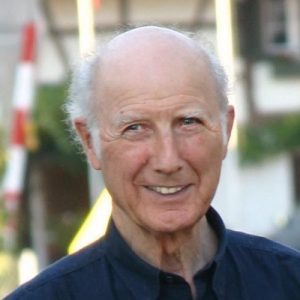 Dad passed away at Glenmore Lodge in Kelowna, BC on Wednesday, February 2, 2022 and the age of 99. He had contracted Covid a week earlier and it was simply too much for the old soldier. He now has clean air, good lungs, a new pair of legs and we’re quite sure that Mom had him enrolled in dancing class the moment she arrived in heaven on December 10, 2020. She has been waiting at the edge of the heavenly dance floor along with their daughter, Dawn, their granddaughter Hyalite and great granddaughter Audrey, anticipating his cutting a rug with them. Heaven is going to be far better than you ever anticipated, Dad.

Dad was born in Hepburn, SK on a farm operated by his parents, John and Sarah (Willems) Jantzen. He was the oldest of 5 boys, including Clarence, Cliff, Norman and Harvey. He was a serious young man who would often wander the fields, not checking on the grain quality, but talking with God and dreaming of the future. He wasn’t much of a farm hand, though he was pretty good with a sling shot, knocking out three of 4 panes in a barn window before he acknowledged how accurate he really was and decided to quit and come clean with his father. Oh, that conscience!

His Mennonite upbringing nurtured a posture of non-violence, which he maintained throughout his life, in the extreme—he took the Proverb literally: “Abandon the quarrel before it breaks out.” His pacifist stance did not, however, preclude his supporting the Allied effort to stop tyranny from advancing in Europe, so he enlisted as a stretcher-bearer in the medical corps. He served in England and then in the Netherlands where another sharp-shooter, a German soldier trapped behind the swiftly advancing Canadian line, ended his military career with a shot through the arm as he was answering the call for a Medic to attend another fallen soldier. After his convalescence in Holland and England and a boat ride back to Canada, he attended College in Winnipeg to study Theology with a view to returning to Europe.

It was while working at a summer camp in Saskatchewan that he laid eyes on a svelte young co-counselor, named Caroline Janzen (he always joked that she picked up her cross and followed him!) and, seeing as he was on the verge of his 29th birthday and eager to begin his life of service, he wasted no time winning her heart and inquiring as to her interest in spending her life, not just with him, but away from her family on foreign soil. They were of the same mind and barely two months later, October 1951, they were married.

Family followed quickly, as did their planned adventures to Europe. With Jonathan Wesley “Israel” (born 1952) in tow, they sailed aboard the Saxonia from Montreal to the Hague. After a year in the Netherlands and the birth of a second son, Claire Hudson (born 1954), they were off to Germany where they lived and worked for 15 years, adding two daughters, Dawn Joy (1955) and Ruth Annette (1958) to round out their family. Our parents served with several mission agencies, working with international and local students. This meant our home was inevitably filled with the sounds of German, Lebanese, French, Iranian or Moroccan tongues conversing around a table laden with Kuchen and Kaffee, young people seeking connection and hospitality in a strange country, finding welcome with people who believed that everyone belonged at the table, regardless of language, skin color or faith expression.

An invitation to become involved with the newly-formed Free School of Evangelical Theology was answered in the affirmative and meant a move to Basel, Switzerland in 1970 where they lived and taught for almost 30 years. We kids flew the coop from there, leaving them behind, knowing that their nest would never really be empty as long as there was room around their table for one more inquiring mind or searching heart.

In 1999, they wrapped up their life in Europe and “retired” to Kelowna. After settling in, they made annual trips back to Europe to reconnect with those they’d served over the years, as well as to Mesa, Arizona to relax their tired bones in the southern sunshine.

Over the years, Dad authored or co-authored a host of books on church and theology, including a Hebrew and Greek to German translation of the whole Bible.

A fairly sedentary lifestyle led to poor circulation and eventually to double amputation of his legs below the knee. But he soldiered on, being fitted for prostheses at age 95 and walking for an hour a day, five days a week. This past year has been tough on Dad, with Mom passing after 5 years of dementia, daughter Dawn passing from cancer in July of 2021 and the challenge of isolation due to pandemic restrictions.

Those of us who remain are relieved to know Dad’s life continues in a place where there are no tears, where the sun never sets, and where his heavenly Shepherd, whom he loved and served, is making sure his every need is satisfied.

Our family is grateful to the caring staff of Glenmore Lodge who faithfully loved on our parents as their own. A blessing on all of you for your kindness and professionalism.

If you send flowers, feel free to do so. Food is also good. If you’d prefer, you could make a monetary donation to Northern Canada Evangelical Mission, a cause dear to our parents’ hearts.


The service for JANTZEN, Herbert John “Herb” is scheduled for Saturday, February 19, 2022, at 10:00 am. Below you will find the map for the service location and the contact information should you have any questions.