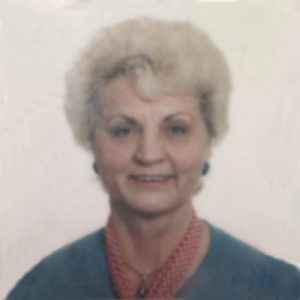 Charlotte grew up in Svedler, Slovakia then came to Canada in 1949. She married the love of her life Horst in 1956; this April would mark their 65th wedding anniversary.

She is survived by her husband Horst; her four children Suzanne Schneider, Grant Jobst, Tracey English, and James Jobst; her four grandchildren Alexander, Dustin, Kaylin, and Colton; her siblings Irene Herman and John Hamrak; as well as her extended family and many dear friends.

Born to be a nurse, it was Charlotte’s vocation for 38 years. Upon retirement, she opened a delicatessen in Richmond, BC for five years, eventually moving to the Okanagan in 1992.

She was an extraordinary, one-of-a-kind human who was giving to everyone.

The family would like to thank the Staff from the Hospice House as well as Dr. Banwell and Dr. Dawson for their amazing care, as well as Shelley at Interior Health.