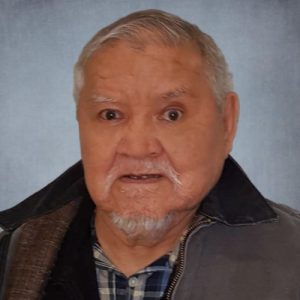 Walter loved it when his family would gather, and he loved holding the babies; Christmas dinners were always a special time. His family was precious to him.

A true sports fan, Walter loved hockey and baseball; he cheered for the Montreal Canadians, Vancouver Canucks, and the Toronto Blue Jays. A special highlight was seeing three Blue Jays games while in Seattle, WA. Walter lived with his sister Helen on Slack Rd,  and Railway Ave where the train was right there. He loved to count how many cars went by. Living at the trailer in Mnt Vw he would take pictures of the Hudson bay mnt at sunset, also he could tell us the weather just by looking at the moon and the northern lights.

He will be dearly missed by everyone.

A private graveside service will take place in Witset, BC to honour Walter. For those who are unable to attend we ask that you each honour Walter in your own way. If you wish to send a condolence, post photos, or share a memory please scroll down the page to the area called “Condolences”.