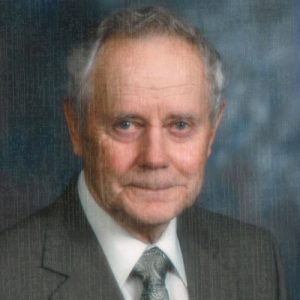 Walter was born in the Wimbledon District of South Edmonton, AB in 1927. His Lord and Saviour called him home from West Kelowna, BC on May 2, 2022. He is reunited with his beloved Trudy and enjoying his heavenly reward. Walter’s legacy lives on in Philip, Matthew, Zoe, and Meagan as well as his relatives and friends.

Walter was a man of honesty and integrity, with a quick wit and a ready joke. First, he was a man of the land, a husband in every sense of the word. He was also a good and faithful servant, a steadfast friend, and an example to all who knew him.

Walter and Trudy enjoyed a long, healthy and happy retirement in the Okanagan. Walter continued to care for the land by keeping the most beautiful yard on the block. Walter was Trudy’s caregiver when she faced serious medical issues, and he faced his own health challenges with dignity and grace.

The family thanks the staff at Lakeview Lodge in West Kelowna. Walter spent the last two years as a resident of the Lodge where he was cared for with love, dignity, and respect.

In keeping with Walter’s wishes, there will not be a funeral service. Walter will rest next to Trudy in West Kelowna.

In lieu of flowers, please support a charity of your choice.