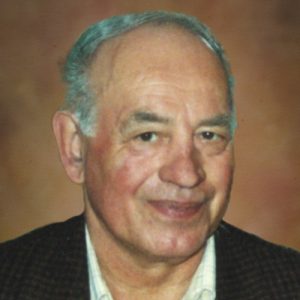 Werner slipped away peacefully and went home to be with his Lord on July 12, 2021. Born in Breslau, Germany to the late Elsbeth and Max Kapelle, Werner immigrated to Canada in 1958. He settled in Winnipeg, MB to work as a cabinetmaker. There, he met Inge at a dance in the local German Club. They married on August 1, 1964, and continued to live in Winnipeg with their two sons for the next 15 years. In 1973, Werner moved his family to BC and remained in Kelowna for the rest of his years.

When Werner was young, he was very athletic; he competed in track and gymnastics, and was involved in Judo, soccer, and swimming. Werner always had a love for music and had a family band called “The Happy Wanderers”. Active in the church, Werner ran the sound system and played trumpet on occasion. Werner was also very active in the German Canadian Harmonie Club in Kelowna, even holding the position of president for a number of years. As well, Werner was a member of the Kelowna City Band in the 70s and 80s and went to Expo ’86 with the band. This amazing man was hardworking, supportive, and generous.

Werner is held dear in the hearts of Ingeborg, his wife of (56 years); his son Reinhard Kapelle (Michelle) and stepdaughter Laurie (Karl Loewen); grandchildren Emily (Callum Duncan), Matthew Kapelle, Stephanie Kapelle (Devan Constance); and great-grandchild Lila Rose Duncan. He is also dearly missed by his brother-in-law Herrmann Anders; cousin Karin Mandel; and many extended family members.  Those who have gone before Werner are his mother Elsbeth in 1996; father Max in 2005; sister Gisela Lewandowski in 2009; sister-in-law Elfie Anders in 2011; brother-in-law John Lewandowski in 2019; and Werner’s youngest son Guenther in January 2021.

The family would like to offer their sincere gratitude to the Cardiology department at Kelowna General Hospital (KGH); family physician Dr. Outram; the doctors, nurses, care aides, lab techs, housekeeping, porters, and all staff on units 3E and 3W in KGH; and the Interior Health wound clinic for the kindness that Werner received while under their care.

In Lieu of flowers, donations may be made to the Heart & Stroke Foundation.


The service for KAPELLE, Werner Max is scheduled for JULY 27, 2021. Below you will find the map for the service location and the contact information should you have any questions.