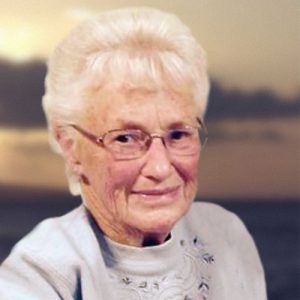 Jennie Karran passed away peacefully surrounded by family on July 10, 2022, in Kelowna, BC at the age of 81. She is survived by her children Norm Karran (Jude) and Neil Jr. Karran (Kim); her grandchildren Andrew Dash (Natasha), Doug Karran (Stephanie), Nick Karran (Jenn), Brittany Karran (Calvin), and Wesley Karran; and her great-grandchildren Emmy-Sue, Miley, Mason, and Harper; as well as her sister Dorothy Galpin. Jennie was predeceased by her sister Patricia Lee in 2021, her companion Neil Karran in 2015, and her son Wayne Karran in 2008.

Jennie was born and raised in Kelowna, BC. She worked at the Okanagan North Growers Cooperation for 39 years. She was welcoming, hard-working, and loved by all who knew her.

In lieu of flowers, donations may be made to the BC Cancer Foundation.