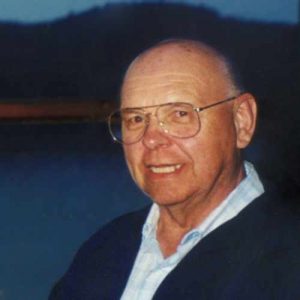 Lloyd passed away peacefully at Kelowna Hospice House on Sunday, August 22, 2021, in his 91st year. He was born September 26, 1930, in Maple Creek, Saskatchewan.

Lloyd spent his early years in Kipling, SK and Emmerson, MB before moving to Kelowna, BC in 1946, where he attended KSS, graduating in 1949. After graduation, Lloyd moved to Kamloops, BC, where he worked at the Navy Depot for eight years. He then moved to Victoria, BC, where he spent 38 years as a Munitions Lead-Hand with the Department of National Defence (DND) at Rocky Point. Lloyd was very proud of his career, where he was recognized a number of times for his loyal dedication and contribution of innovative ideas resulting in more efficient munitions operational methods. After retiring, Lloyd returned to Kelowna to care for his stepmother, Louise.

Lloyd was predeceased by his parents, William & Sarah Keller and his stepmother, Louise Keller. Lloyd always enjoyed driving, taking many trips throughout BC, Canada and the US. He had a lifetime love for animals, especially dogs.

On behalf of Lloyd we would like to extend our thanks and appreciation to the wonderful staff at Kelowna Hospice House especially Kim, Bean and Joanne. Also a special thank you to Lyla, Dave and Lynne for their friendship and caring support over the years.

No flowers by Lloyd’s request! Instead, please consider making a donation to a charity of your choice.