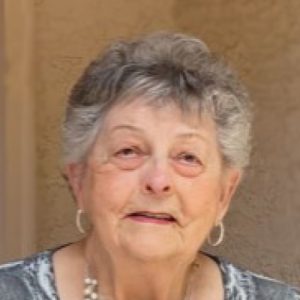 Rita passed away peacefully with family by her side on September 7, 2022 at Kelowna General Hospital in Kelowna, BC.

Rita was predeceased by her husband Robert (Bob) in 2010;  her parents Henry and Caroline Janzen and brother Norman Janzen (all of Youbou, BC);  daughter-in-law Sharon Kilmartin; and her son-in-law Murray Roed.

Rita was born in Huallen, Alberta on January 16, 1932.  The Janzen family relocated to Shawnigan Lake, BC and in 1934 settled in Youbou, BC where she spent her school years.  Rita was active in sports with a competitiveness that remained with her; particularly in latter life as she took part in two of her passions, golf and bridge.

Rita married Bob on October 9, 1953 in New Westminster, BC.  Bob worked for many years in the forest industry and this took Rita and the family to many locations in BC including New Westminster, Youbou, Gold River, Tahsis (3 times), Squamish, Williams Lake, Burnaby, Kamloops, and Vancouver.  Rita and Bob retired to Rivershore Golf Course in Kamloops in 1989.  They were both very active within the Rivershore Community.  Here she was able to spend time on another passion, her garden. In 2007 they relocated to Missionwood Retirement Resort in Kelowna where Rita lived until 2020.  She then moved in with her daughter Debra and son-in-law Murray where she resided until May of this year.

The children of Rita want to thank their sister Debra for the care she and Murray provided. They would like to thank her former long-time physician, Dr. Michael Appleby, the doctors and staff of Kelowna General Hospital, and staffs of Cottonwoods Care Center, Interior Health, and Mountainview Village, all in Kelowna.

A small family gathering will be held in the near future in Kamloops where Rita will reside next to Bob.

In lieu of flowers, donations may be made to the charity of your choice.