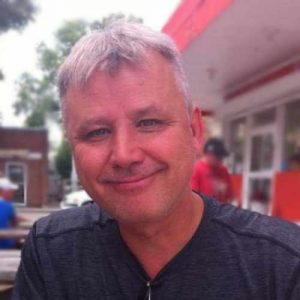 Rich leaves behind his loving wife, together for 32 and married for 29 years, Kerry; his children Shae, Leigh, and Jordan; and his brothers Rob and Shawn.

He will be remembered as a devoted father and husband. His smile, generous nature, and fun-loving spirit will always be held close in the hearts of those who knew him.

Nothing was ever too much for him when it came to helping others.

Rich loved his job at Kelowna General Hospital where he worked as an LPN since he was 27 years old. He worked in many departments, but for the last 8 years, he worked on the Cardiac Unit 2 West.

The family would like to extend a special thank you to the wonderful staff at the Hospice House for their care for Rich.

In lieu of flowers, donations may be made to the Hospice House Central Okanagan.

A Funeral Service will be held to honour Rich, however, due to the current pandemic restrictions, it will be by invitation only. The family would like to invite all who want to pay their respects to join by Livestream on SATURDAY, SEPTEMBER 18, 2021, at 10:00 AM PDT. A recording will be made available to view shortly thereafter.