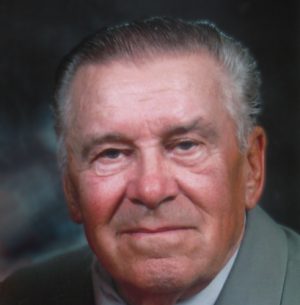 Helmut Kisser went home to be with the Lord on March 23, 2021. Born in the Ukraine on January 11, 1926, the family moved to Poland shortly after the start of the Second World War. In 1944, at the age of 18, Helmut was drafted into the war where he survived many challenges, including five years in a Russian prison camp. After the war ended, with help from the Red Cross he was able to locate his family in Germany, at which time in 1951, they immigrated to Canada.

Once in Canada, Helmut earned a living working on farms, laboring in the saw mills and on oil rigs until he was able to purchase his own farmland in Valleyview, Alberta. He became a very successful farmer, always helping his neighbours and friends. In 1979 he sold the farm and moved his family to Kelowna, British Columbia where he continued to provide for his young family. This also reunited him with his parents and in-laws, after which he committed much of his time to their care.

He enjoyed spending hours riding his bike around Kelowna, helping everyone he could, and telling great stories. He was a hard worker and always loved and supported his family. He will be greatly missed. Auf Wiedersehen.

A funeral service for Helmut will be held by invitation only due to the current pandemic restrictions; however, the family would like to invite all to join via Livestream (see below) on Monday, March 29, 2021 at 10:30am. A recording will be made available to view shortly thereafter.

In lieu of flowers, donations may be made in Helmut’s memory to a charity of your choice.