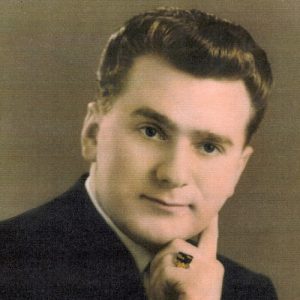 “John” Hans Klassen passed from life to more on Sunday, October 25, 2020, at the age of 84.  He had suffered from the deteriorating effects of Dementia over the past few years, which had accelerated over the past few weeks.

John Klassen was born on March 21, 1936, in a Mennonite colony located at Gruenfeld, Russia. His father Julius, was taken by force to fight in WW II when John was 2 years old, and he never saw his Father again. John and his family fled Russia, immigrated to Canada in 1950 and settled in Winnipeg, MB.  He married the love of his life, Elvera Neufeld, in 1964.  After their sons were born in 1965 and 1966, they moved to Winfield, BC to try their hands in the restaurant business.  Their restaurant was called Woodlake Inn, now known as the Greek House. After a few years, they traded their restaurant lives for careers in the clothing business by opening The Jean Scene in Westbank, BC, later to be known as VJ’s.  Never one to sit still for very long and for their first 30 years in the greater Kelowna area, John drove part-time for School District #23 as Bus Driver, and then full time as City of Kelowna Transit Driver/Trainer, until his retirement in 2000.  He also volunteered as a Westbank Ambulance Driver, Firefighter and church Deacon at Lakeview Heights Baptist Church in West Kelowna.  His volunteering ways continued throughout his time at Mountainview Care Home in Lower Mission until his passing.

John is survived by his wife of 56 years, Elvera; by his sons Tim (Kay) and Tony (Eva); by his two granddaughters Olivia and Esther; by his sister, Anne Klassen (Peter); his brothers-in-law Walt (Audrey), Ed (Alberta), and George; and numerous nieces, nephews, and cousins.  He is also predeceased by his mother and father, Maria and Julius Klassen; by his brother-in-law Jake (Marion); and by his niece Natalie.

There is no doubt that anyone who ever met John Klassen was impacted.  As was stated by his granddaughter Olivia, her Grandpa was the type of person that would light up every single room he walked into.  His infectious laugh, kindness and gregariousness, was only matched by his bear hugs and vice-grip handshakes.  He was a faithful husband, dutiful father and steadfast friend to all throughout his life. You will be missed every single day, Dad.  We love you, always.

A memorial service will be held as Covid-19 restrictions permit for a larger, in-person celebration.  In lieu of flowers, the family asks that donations be made to the Alzheimer’s Society of Canada, alzheimer.ca.