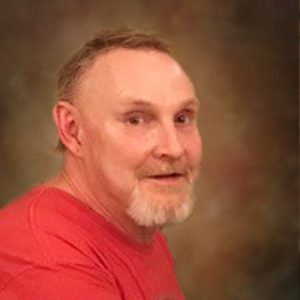 It is with heavy hearts that we share the news of the passing of Michael James Leach on May 20, 2020, in Kelowna General Hospital after complications post surgeries. Born on February 18, 1963 in Winnipeg, Manitoba, Michael was predeceased by his mother Reta and father Arthur whom he loved and cherished. He is survived by his three older brothers Garry (Carol), Wayne (Phyliss), and Gord (Susan).

Having grown up in Winnipeg, Michael headed west, to BC, in the early 2000’s. He lived in Vancouver, Victoria, and finally settled in Kelowna.  It was in Kelowna that Michael was introduced to people and agencies that offered him a supportive and safe place to live.  Crossroads and Living Positive were instrumental in providing him support and companionship.   Most recently Michael moved to Fernbrae Manor in Rutland.  He loved his new residence.

The family would like to thank all of the people who meant so much to Michael by providing care, support, concern and genuine love.  Tamara and Katie at Living Positive,  Dana Jones at Aurora Health, Wade and Dennis at Pharmasave, and to the caring and professional staff at KGH we send out heartfelt thanks; Dr. Foster, Dr. Sylvester, Dr Beck, and the incredible nursing staff in ICU you are our heroes.

At Michael’s request he will be laid to rest in Winnipeg with his parents.  If you wish to send a condolence, post photos or share a memory, please scroll down the page to the area called “Condolences”.