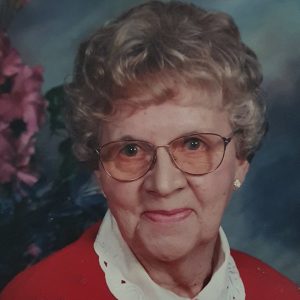 Dorothea “Dody” went to be with the Lord on June 6, 2020 in Kelowna, BC, she was nearly 92. Her memory will be cherished by her three daughters: Cecilia (Norm) Engen, Laura (William) Wilson, and Bernadette LeGuilloux; her four sons: Robert (Susan) LeGuilloux, Louis (Christine) LeGuilloux, and Kelly (Diana) LeGuilloux, and Jimmy LeGuilloux; her 30 grandchildren; and her 36 great-grandchildren. She also has one great-great-grandchild on the way, due in August. She was sadly predeceased by her husband, Bert, in 1982, and by her brothers: Eddy Johanson, Bud (Martiu) Johanson, and her infant brother Arthur Johanson; as well as her sisters: Thema Walker and Aileen Young.

The last of her generation, Dody was proud to say she would have been 92 this coming Canada Day, she was born in The Pas, MB on July 1, 1928. She was a 2-time survivor of breast cancer, once when she was 29 and again at age 70. A wonderful mother and foster mother, she fostered 43 children, 3 of whom she adopted. She was also proud to say that she held a 70-year membership in the Catholic Women’s League.

Dody lived out the last 6 years of her life at Northwood Independent Living in Kelowna, BC. The family extends their thanks to the wonderful staff, who was so caring.

Due to the current pandemic there will be a private family Mass of Christian Burial on June 12, 2020 with Father Cerlouis Jiminez presiding and with interment to follow. In lieu of flowers, donations may be made to the Canadian Cancer Society, www.cancer.ca, or to St. Joseph Catholic School, www.stjosephkelowna.ca.