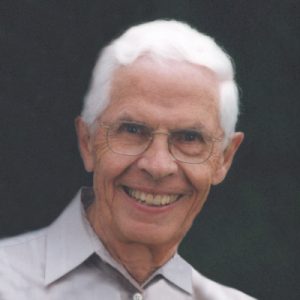 Malcolm James Robert Leitch died of COVID with his children by his side on Wednesday, August 25, 2021, at the age of 93 in Kelowna, BC.  “Mac” was predeceased on June 7, 2009, by his loving wife of 54 years, Joan; and his brother Donald Leitch. He is survived by his older sister Isabel McLeod of Kingston, Ontario; and numerous cousins, nieces and nephews. He was the best father to his children, Malcolm (Joanne McLeod), Ian (Theresa) and Melanie Grant (Jim), always supporting them and providing love and guidance. He was a caring and loving grandfather to Ian, David, Andrea, Laura, Maria, Anna, Stuart, Erin, and Katie and a great-grandfather to Hazel, Ingrid, Vera, Maeve, Thatcher, Clara, Isabelle, and Nolan.

Mac was born on October 14, 1927, to Robert Stanley and Isabel Constance Leitch in Pathlow, Saskatchewan. Mac enjoyed growing up on the Prairies despite the hardships of the Great Depression followed by the Second World War. He enjoyed telling stories of driving farm tractors as a teenager, getting up before dawn to milk the cows, and other stories of Prairie life. Mac was proud of his prairie roots. Anyone he met from the prairies would be inundated with questions until he could find a personal connection. This would always put a huge smile on his face.

He graduated from high school in 1945 and after spending a few years at Brandon College in Manitoba moved closer to home to the University of Saskatchewan where he received a Bachelor of Arts in 1951. He graduated from Dental School at McGill University in 1955. While in Montreal he met Joan Fraser and after a very short period they were engaged and married on June 25, 1955. Mac and Joan then moved to Kelowna, where he was the 6th dentist in the growing town. They raised their 3 children in Glenmore.

Mac practiced general dentistry in downtown Kelowna for 37 years. He generously volunteered his time to help improve the dental profession. Mac was the president of the B.C. College of Dental Surgeons from 1981-1982 and also served for several years on the board of the Canadian Dental Association. He was awarded a fellowship in the International College of Dentists among other accolades for his contributions to the profession. What attracted Mac to dentistry and what he missed most after retiring was his interactions with his patients.  He loved hearing their stories and catching up on their family news. To him, they were all family. He just loved people.

A very important part of Mac’s life was his involvement in the First United Church in Kelowna. When he moved to Kelowna in 1955, his father, Robert Stanley Leitch, was the minister of the church. Sundays were always a special day for Mac, as he celebrated his faith by attending church every week. He loved to help out in all aspects of the church, including ushering into his 90s.

He joined the Kelowna Downtown Rotary Club in 1966 and was president in the early 1970s. He seldom missed the Tuesday noon meetings and enjoyed the fellowship of the members and guest speakers (when he could hear them in his later years).

Mac was a very supportive father and ensured his children had the opportunity to participate in a variety of sports. Our lives were filled with golf, tennis, hockey, water and snow skiing.
Mac was a long-time member of the Kelowna Golf and Country Club, where he enjoyed walking the course and chatting with his regular foursome. He passed on his love of the game to his 3 children, who hope they are able to play to the age of 90 just like their Dad.

Mac’s favourite sport was skiing with his family at Big White for over 50 years. He loved to ski with his 9 grandchildren, sometimes all at the same time! We have so many great memories of our family time together at our condo in the Monashee. After moving to Magic Estates, Dad walked daily on Knox Mountain, not only for the exercise, but to collect the cans and bottles to keep the mountain clean. He was proud to tell you that his collection tab for returns was over $2000.

Mac’s love for Joan is what his family will remember. Theirs was a loving partnership, but the family all knew that it was Joan who ran the house. When Joan was suffering from Alzheimer’s Mac continued to care lovingly for her and kept her at home as long as possible. Once she moved to Brookhaven he would drive over twice every day, at noon and dinner to sit with her and be by her side.

As Mac’s children, grandchildren, and great-grandchildren, we are so grateful that Dad chose Kelowna to provide us with a wonderful playground of opportunities in our childhood and beyond. Never to be forgotten is his unconditional love, support, and encouragement for whatever we chose to do in our lives. We will miss you Dad, Grandpa and Great-Grandpa. xo

Our family is grateful for the wonderful support and care he received from all the staff at Mission Villas and more recently at the Spring Valley Care Centre. We especially thank Dr. Wendy Wickstrom for her compassionate care as Dad’s family physician. Due to COVID restrictions, there will be a private family gathering to celebrate Mac’s life.

In lieu of flowers, donations to the MS Society of Canada, would be greatly appreciated.

Please encourage all of your friends and family to get vaccinated, or to seek a medical professional if they have questions. We need to protect the most vulnerable in our communities.

A Private Family Service will be held, however, due to the pandemic restrictions, it will be by invitation only. The family would like to invite all who want to pay their respects to join online by Zoom on SATURDAY, SEPTEMBER 4, 2021, at 10:00 AM PDT. A recording will then be posted to view at any time.