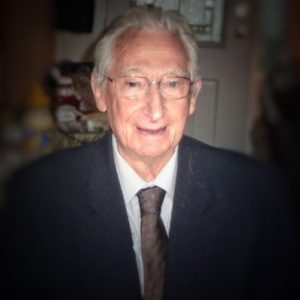 In loving memory of Heinz Loelke, of West Kelowna, BC, we are saddened to announce his passing on March 15, 2021.

Drafted into the German army at the age of 18, Heinz was sent to the Russian front where he was injured.  After spending time in a Russian hospital and deemed well enough to work, he was sent to a prison work camp in April 1945 to work a lumber mill and later a coal mine. Released from prison camp in May 1948, Heinz was then sent to a German hospital where he met Edith, a nurse (Edith was a nurse in Germany for 16 years). Once he recovered, Heinz was lucky and received employment on the police force in Berlin. On December 31, 1949 he married Edith. On January 1, 1951 Christian was born; sadly, Christian had a heart condition.  A specialty doctor told them Christian would be alright if the family moved to Canada where the air quality was higher in oxygen, so they moved Canada when Chris was about 10 years old. While 70% of the decision was due to Chris’s health, 30% of it was also due to Edith’s fear of the Russians.

When they arrived in Montreal, QC they stayed only 4 days, from there they rode a train to Kamloops, BC and were greeted by Edith’s cousin, Hunts Klavon, and his wife, Eva, who took them to Williams Lake, BC. A week later Heinz was working in the sawmill, and a week after that Edith was working in the Williams Lake Hospital. They stayed for two years, then moved to Quensel, BC and opened a Deli, health food and catering business. After 24 years, the lease expired and they decided to retire.

Heinz and Edith didn’t stop during retirement, she volunteered teaching people how to cook and bake, and, after a course in Vancouver, BC, Heinz was appointed as Director for the Credit Union.  He was also appointed by the federal and provincial governments as a translator for the courts. At age 75 in October 2000, Heinz retired once again. He then began to volunteer translating different languages and he helped people receive pensions from Europe. This wasn’t enough, and so he also worked in a pizza place for 5 years. It wasn’t until macular degeneration in his eyes got to a point in 2021 that he was forced to slow down.

A Family Gathering will be held to honour Heinz, due to the current pandemic restrictions it will be by invitation only. However, the family would like to invite all to join online live through Zoom us02web.zoom.us/j/83338815556 on Friday, March 26, 2021 at 10:00 am.

The service is now available to view here.

In lieu of flowers, donations may be made to the food bank, cofoodbank.com.

Please don’t sing sad songs for me,
Forget your grief and fears,
For I am in a perfect place,
Away from pain and tears…
I’m far away from hunger,
And hurt and want and pride,
I have a place in heaven,
With the Master at my side.
My life on earth was very good,
As earthly lives can go.
But paradise is so much more
Then anyone can know.
My heart is filled with happiness,
And sweet rejoicing, too.
To walk with God is perfect peace,
A joy forever new.