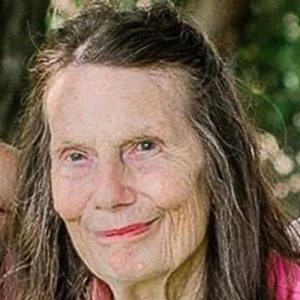 It is with profound sadness that we announce the unexpected passing of our mother, grandmother, sister-in-law and friend Marie “Moya” Lucks on September 8, 2022 at Kelowna, BC.

Born in Vancouver, BC, Moya was the youngest of four children born to George and Theresea Gladstone. A couple months short of her seventh birthday, Moya became an auntie for the first time when her niece Ann was born. After graduating from Magee High School in 1949 shortly after her 16th birthday, Moya entered the workforce to assist her widowed mother to make ends meet.  Moya started her work career at Auto Marine Electric in downtown Vancouver but after a short time made the decision to take a job with the banks. Eventually she worked for Canadian Imperial and the Bank of Montreal.  In 1953, in a chance encounter, she met a young Scottish seaman by the name of Arnold on a bus tour trip to Mission and after a seven year letter writing campaign, they married on September 3, 1960.  In 1962, Moya and Arnold, together with their first child,  purchased the family home in Kitsilano where they raised their four children.  Moya continued to work part time as a cashier at the Ridge Theatre, and PNE while raising her family and in 1988 after answering an ad in the local paper, worked Thursdays and Fridays at the Toronto Dominion Bank at 10th and Alma in Vancouver.

After retiring from TD Canada Trust, Moya and Arnold spent their days traveling to Scotland, cruising, trekking annually by camper to the Oregon Coast, and spending time with family and friends.  After Arnold’s passing in 2015 and no longer driving, Moya could always be found wandering the streets and browsing the shops of Kitsilano while greeting everyone she met with a cheerful “Good morning” or “Hello”.  For the last 13 months Moya relocated to Kelowna as a resident at the Vineyards Residence on the memory care floor.  Moya spent her time visiting with all the residents, always helping those less fortunate or able and was a favourite of the staff for her quick wit, cheerful outlook on life and steadfast determination.

The family requests no flowers, and donations can be extended to The BC Alzheimer Society


The service for LUCKS, Marie “Moya” Therese is scheduled for Thursday, September 15, 2022, at 11:00 am. Below you will find the map for the service location and the contact information should you have any questions.