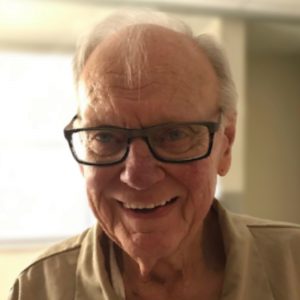 Bob passed away on September 5, 2020 at the age of 82.  He is survived by his loving wife, Marlene; his daughters Brenda MacFarlane and Lanie (Kevin) Everatt; his sons Terry (Darlene), Robert “Bob” MacFarlane, and Rob Prasloski (Karen); his grandchildren Scott, Jason (Sherri), Chris, Kim, Nick, Desiree, Annette, Scarlett, and Bryson; and his great-grandchildren Aurora, Mavis, Emmeryn. He also leaves behind his mother-in-law Ida McDonald; nieces Lil (Urban) Bahan, Debbie (Frank) Wilson, Linda (Dave) Poirier, and Lori (Philip) Ruptrect; nephews Kevin (Sandi) MacFarlane and Grant (Elke) Webster; as well as his great-nieces and great-nephews who were loved so much: Robin (Brent), Jager, Urban Jr., Morgan, Reilly, Daniel (Fay), Derek (Christine), Stephanie, Jacqueline, Nicole, Danielle, and Johnathan. He was predeceased by his parents Robert and Lillie; his brother Tom; and his sisters Shirley and Jean; as well as Dulcie, Charlene, Aspen, and Madison.

Bob was so proud to have grown to have grown up in East Calgary. Over the years his kind and adventurous spirit led Bob to be a Zoo Keeper, one of Calgary’s finest Police Service, and a loving and devoted husband, dad, uncle, and super grandpa. From the smallest puzzle to two gorgeous oak cradles, Bob completed so many wood working projects!  He loved classical music even though country music was inbred. His love of theatre led him to volunteer for several years at the Kelowna Community Theatre. In recent years he was a member of the Vernon Gyro Club. His insatiable need was his love of hot dogs; it is a good thing Marlene controlled the grocery shopping. Bob loved his home, his special friends, every animal he could harbour, but, first and foremost was his unceasing love of family; especially his grandchildren. He was so blessed in the last 6 weeks to have two return to Kelowna to spend every day with him; thank you, Lanie and Kevin.

​In lieu of flowers, we would like you to share an event – of special breakfast, a short trip, adopt a puppy, or even share a glass of wine with those you love.

A private family gathering will be held to honour Bob, due to the current pandemic restrictions it will be by invitation only. Interment will follow in Calgary, AB in the spring of 2021. If you wish to pay respects to the family please scroll down the page to the area called “Condolences”.