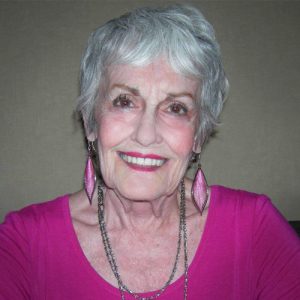 On Sunday, April 25, 2021, Sylvia Agnes MacKenzie, loving sister, mother, grandmother, great-grandmother and friend passed away at the age of 77 after a decline in health.

Born in Moose Jaw, SK, Sylvia’s family moved to Abbotsford, BC when she was 6 years old. After childhood, schooling, and starting her career she relocated to the Okanagan in 1983.  Three years later she married Donald MacKenzie, and they raised their family and, finally, retired.

Sylvia’s family would like to offer their profound thanks to all the nurses at Interior Health and the staff at the Hospice House for all they did to help; they were a large part of Sylvia’s, and the family’s, life for 3 years.

Sylvia’s legacy lives on through her children: Bob (Michelle), Shawn (Karen), Kristen, and Jane (Mike); her grandchildren Adrian, Carmen (David), Tarran, Bobbi-Lee, Nicolas, and Anna; as well as her great-grandchildren Lillai, Petra, and Adia. She is also survived by her brother David (Marlene). Sadly, her husband, Donald, passed in 2007.

A Graveside Celebration of Life will be held at a later date, when circumstances permit.