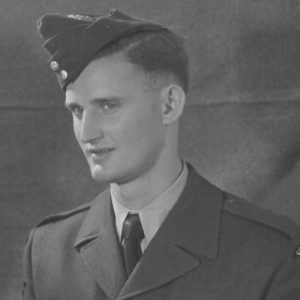 Donald MacPherson left the coal fields of Stellarton, Nova Scotia at the age of 18 to join the Royal Canadian Air Force, retiring at the rank of Chief Warrant Officer.  Don was posted to bases across Canada from Comox on Vancouver Island and Sea Island in Richmond, British Columbia to Goose Bay in Labrador, and Summerside, PEI.  Don was also posted in North Luffenham, England and served in peace keeping missions in the Gaza Strip, Egypt.  Don was a master tradesman with a specialty in aircraft frame maintenance.  Don also later served as Kelowna Air Cadet commander as a Captain. He also volunteered as an Ambassador at Kelowna Airport.

Don’s family would like to express their sincere appreciation to the staff at the Village of Smith Creek in West Kelowna for the loving and dedicated care given to him over the last seven years of his life.  Don will be missed and remembered by everyone who knew him.

A Funeral Service will be held on FRIDAY, AUGUST 6, 2021 AT 10:00 AM PDT, at Springfield Funeral Home, 2020 Springfield Road, Kelowna, BC. For those who can not attend, please celebrate Don’s life by recalling special moments and sharing them with those close to you.


The service for MACPHERSON, Donald UPDATED SERVICE INFO is scheduled for FRIDAY, AUGUST 6, 2021 AT 10:00 AM PDT. Below you will find the map for the service location and the contact information should you have any questions.