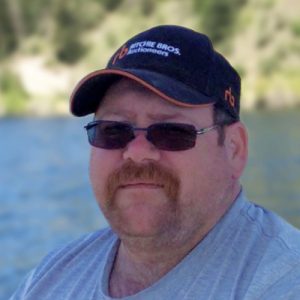 Devin Kane Madsen peacefully went to be with the Lord on the evening of Saturday, August 21, 2021, in Kelowna, BC, at the age of 52, with the love of his family surrounding him.

Devin was predeceased by his father, Neil Christopher Madsen, and his mother, Jacqueline Diane Madsen. He is survived by his brothers Neil (Judy) and Gordon; his niece Brittney; and his nephews Justin, Jack and Thomas.

Devin will be remembered as always being there for his family and friends. He worked the family farm and orchard. He was also in partnership with his brother in a welding business.

Devin had a passion for working on vehicles. Another passion was spending time outdoors: playing with the family dogs, fishing, camping, quadding, and snowmobiling.

The family extends our sincere and most heartfelt thanks for the compassionate, dignified, and loving care that Devin received at Kelowna General Hospital.

In lieu of flowers, memorial donations may be made to the Heart & Stroke Foundation.

A Celebration of Life will be announced at a later date.