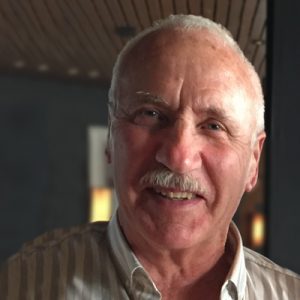 It is with profound sadness and cherished memories, we announce the passing of Rod Major, at age 77, in Kelowna BC. Survived by his beloved wife Joyce Major (née Dunbar); daughter Shannon Major and son-in-law Laurence Waidmann; grandchildren Riley, Courtney, and Reid (Annali) Cox; and great granddaughter Fiona; brother Ken (Judy) Major; sister-in-law Marjorie Hooper and brothers-in-law Frank Marcinyshyn, Glen (Barb) Dunbar, and Gary (Barb) Hooper; and aunts Frances Major and Madeline Dawydiuk. Rod also leaves to mourn numerous cousins, nieces, and nephews, all which were very dear to him. He was predeceased by his sister Eleanor Marcinyshyn.

Rod was born in Carman, Manitoba on March 26, 1942 to Orvil and Hazel (née McFarlane) Major. In 1963 he married his love, Joyce (née Dunbar). In 1964 they welcomed their daughter Shannon.

A gentleman of stoic disposition and integrity, he led most of his conversations with “well to be honest…” He had a remarkable memory to recall people and events that impacted his life and took great pleasure in keeping connected with them. Rod spent an enjoyable career in the Industrial/Wholesale Plumbing and Heating Industry which included Winnipeg, Regina, Vancouver/Lower Mainland, and BC Interior. Upon retirement in Lake Country, BC, he worked alongside his son-in-law Laurence. Rod felt very fortunate in his life to have worked with wonderful colleagues, most of whom became lifelong friends. He will be deeply missed by all who knew and loved him.

Rod’s wishes were to be cremated and no formal service. If you wish to send a condolence, post photos or share a memory, please scroll down the page to the area called “Condolences”.