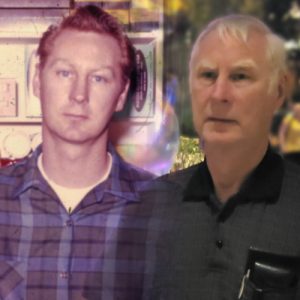 Al Mazurak passed away peacefully on December 23, 2021, in West Kelowna, BC, at the age of 86. He is survived by his wife Beatrice Elizabeth; his sons Lance and Jason; grandchildren Chantelle, Dylan, Jesse, Justin, and Jaden; great-grandchild Nova; and sister Audrey Webster. He was predeceased by his parents Victor and Verna; and his siblings Morley Mazurak and May Meier.

Al was raised in White Fox, Saskatchewan. His family moved to Prince George, BC in 1948, and that is where Al did his secondary schooling. He graduated from Prince George Secondary School in 1953 and went on to post-secondary at the University of Victoria. He was a teacher in Prince George for a few years before he met his wife Beatrice. They married on November 14, 1964. Al began working as a night manager of Prince George Pulp and Paper, until the family moved to Lumby, BC in 1972. They then moved to Kelowna in 1979, and have been here since. Al received his Journeyman ticket, as a Bridgeman/Pile Driver, at the age of 45, and worked for the Department of Highways until the department was discontinued. Al finished off his career as a social worker in both Kelowna and Rutland offices until his retirement in 1995.

Al’s hobbies after retirement were golfing in the summer and curling in the winter. His family took most of his time as he coached both kids in hockey, baseball, and football and spent a lot of his time with them camping all over British Columbia.

He kept many friends from Prince George High School and University that he stayed in touch with. He was a great family man that loved to meet up with extended family and friends to entertain and enjoy life, either camping or hosting from his house in Kelowna. Most people talk about what things they are going to do, Al always did things and talked about them afterward. He always had a kind word and was always a true gentleman. Al’s youngest grandson has autism, and this is where Al’s kindness shone through; even when his memory was leaving him, he still had a special place in his heart for his grandson. That kindness never went away, even after the memory was gone. Al made a great impression on those he met and will be greatly missed.

There will be a Celebration of Life will be held at a later date when circumstances permit.