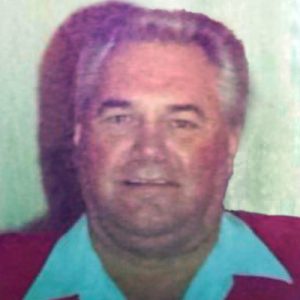 With profound sadness, the family of Raymond McAuley announce his sudden passing on September 1, 2022, at the Kelowna General Hospital.

Born in Prince Albert, SK, Ray left to pursue a career in advertising & marketing. He had various talents: he could sell almost anything, from cars, to Kiebasa, to music. He also loved to travel, such as going to Vegas and Hawaii with friends and family.

Many of his fondest memories were when he spent time on the ranch in Alberta, where he raised cattle and German shepherd dogs. Warmer horizons were in store when he and his wife, Anne, decided to sell their ranch and retire to a warmer area, Kelowna, BC.

Ray & Anne did not have any children, but their fur babies were their life, along with their nieces and nephews and little brother, Larry.

Ray was predeceased by his loving wife Anne and his fur babies, except for his cat; his parents Mary & Jim; his sister Kathleen and brother-in-law Gradyon; mother-in-law Madge; and nieces and nephews. He will be lovingly remembered by his older sister Dorothy; son Curtis; half brother John (Marlyn); younger brother Larry (Leila); and Allison, Ryan, and Sean and families. Plus numerous nieces and nephews.

At Ray’s request, there will be no funeral service.