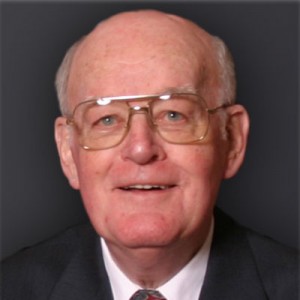 Peacefully, at 1:23 a.m. on September 10, 2014, with family at his side, Leo McGinn passed away at Kelowna General Hospital at the age of 81 years. Dad was predeceased by his parents Daniel and Agnes (nee Callaghan), brother Louis, and sisters Dorothy and Marion. He is survived by his wife of 54 years, Isabelle, children Carole (Bernie) of Tamworth, N.S.W., Australia, Michael (Martine) of Winnipeg, Paul of Seoul, South Korea, Anne-Marie (Terry) of Vancouver, and five grandchildren (Eryn, Maegan, Kaelin, Derek and Rachael).

Dad was born on January 29, 1933, the fourth of eight siblings, on a farm just outside of Charlottetown, PEI. Despite the wishes of his father, Dad decided that farming was not the life for him and, with the help of his mother, pursued his education at St. Dunstan’s University (now UPEI), first completing high school followed by his university degree, graduating in 1956. While at university, Dad worked, along with his older brother Louis, at a steel mill in Hamilton, ON, travelling by train or hitch-hiking. He also worked a few summers at Jasper Park Lodge, travelling by train from Charlottetown and back again. After graduation, Dad was invited to teach high school at St. Dunstan’s, which he did for a year or two before relocating to Ottawa. While in Ottawa, Dad met his future wife, Isabelle, on a blind date. Mum spoke only french when they met so they had to double-date for the first couple of months with one of her bilingual friends, Dolores Thellen, who provided translation services. Language proved no barrier and Mum & Dad were married on December 31, 1959 and Dad brought Mum to Winnipeg where, despite not yet having obtained his teaching certification, he’d begun his first teaching job at St. Paul’s High School that previous September. Living in a small apartment on Balmoral Street, the newlyweds welcomed their first daughter, Carole, into the world on December 15, 1960. Dad completed his teaching certification during summer school in 1959 and 1960 and moved his family to Manitou, MB in 1961, where he’d taken his first full paying teaching job. There, Mum gave birth to their first son, Michael, on May 24, 1962. In August 1964, Dad became the principal of Thomas Greenway Collegiate Institute in Crystal City, MB. Mum was expecting their third child at the time of the move and, travelling back to Manitou, gave birth to a second son, Paul, on November 15, 1964. Two years later, on July 6, 1966, Anne-Marie was born to complete the family. Dad was principal of TGCI for 9 years and made many good friends while in Crystal City, including many members of the local RCMP detachment, located right next door to the McGinn home. In August 1973, Dad took a position with the Department of Education as a school inspector and moved his family to Carman, MB for two short years before being transferred north to Thompson, MB in August 1975. After 9 years in Thompson, Dad took an administrative position in the Department in Winnipeg where he completed his career in 1993. Over the next three years, Mum & Dad became the proud grandparents of three beautiful girls, who provided Dad with countless precious memories. In retirement, Dad took up golf, curling and volunteered at one of the Winnipeg Police Service’s community service centres; the first of many volunteer roles he was to undertake during the next 20 years.

In 1998, one year after Carole, Bernie and their three daughters moved to Australia, Mum & Dad decided to escape the cold Winnipeg winters and moved to Kelowna, B.C. There, Dad quickly entrenched himself in the community, joining the Board of the Sunrise Village retirement community, where Mum & Dad lived for the first eight years after relocating to Kelowna. He also volunteered at the Kelowna General Hospital for 14 years where he met many special people, including Bob Burns and Ivan “Monty” Montgomery. Dad’s faith was a very important to him and throughout his life he was very involved with his church, most recently the Immaculate Conception R.C. parish in Kelowna. He was also involved with the Father Pandosy Mission. Dad remained very active as long as he was able with golf, curling and trips to the gym three times per week. He loved sports and in particular, CFL football, where he split his allegiance between the Winnipeg Blue Bombers and B.C. Lions. While Dad loved his quiet time at home, he and Mum travelled extensively. They travelled to Australia regularly to visit their “Aussie” grandchildren and to Winnipeg to visit Derek and Rachael, their “Canuck” grandchildren as well as trips to the Dominican, Palm Springs and cruises to Alaska, the Panama Canal and the Caribbean.

Although Dad’s final few months were difficult, he never complained and carried himself with dignity and courage. Dad was always organized, practical and pragmatic in life and this was true right to the end. In typical fashion, he had pre-arranged everything for when his time came; one final act of caring for his family.

The family would like to thank Dr. Khoo, Dr. Perini and especially Dr. Appleby (and his receptionist, Laura) for the care and support provided to Dad during his illness. In lieu of flowers, donations in Dad’s name may be made to the Kelowna General Hospital Foundation. A funeral mass will be held on September 17, 2014 at 11:00 a.m. at Immaculate Conception Roman Catholic Church, 839 Sutherland Ave., Kelowna, B.C., with a reception to follow in the church hall. If you wish to send a condolence, post photos or share a memory, please scroll down the page to the area called “Share Your Condolences.”

Send Condolences
In lieu of flowers, donations in Dad's name may be made to the Kelowna General Hospital Foundation, 2268 Pandosy Street, Kelowna, BC V1Y 1T2


The service for MCGINN, Leo is scheduled for Wednesday, September 17, 2014 at 11:00 am. Below you will find the map for the service location and the contact information should you have any questions.