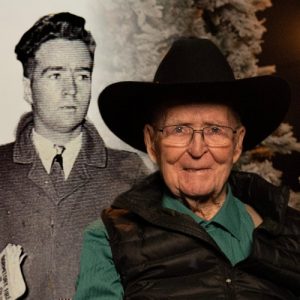 Vern’s favourite greeting was “Howdy” and many called him “McGoo”!  Vern was special to all who knew him, especially his family and many friends.  He was soft-spoken, mellow, never opinionated, controversial, or judgemental, and always sought the positive in life.

Vern was a kind, happy, very social person and he went out of his way to visit and keep in touch with his family, friends, and his many nieces and nephews, who he had amazing relationships with.  He also had a lifelong love of music, especially blue grass, and he was an accomplished musician on the piano and the accordion.  He hosted many music jams where friends and family musicians would play, spouses would cheer, and all would share potluck dinners.

Vern was born in Shaunavon, SK and grew up on the family farm.  He was predeceased by his parents: John and Isabell McGovern; 7 siblings John, Winnie, Joe, Ceille, Lee, Pat, and Don; first wife Ann Welch; and daughter Susan.

When Vern was 18 years old, his dad John died, when his family of 10 lived in Notch Hill near Salmon Arm, BC.  Vern married Ann Welch in 1951, and they had 3 children by the time he was 24 years old.  The family lived in Cranbrook, BC, and he owned a second-hand store.  They moved to Kelowna in 1958.  He worked in a sawmill and eventually went back to the second-hand business where Susan, Brian, and Cindi worked with him.  He was a gifted card player and hosted many poker games in his younger years and almost never lost.

Vern and Marg were married in 1984, and they were together for 38 years.  They travelled extensively in their motorhome to the USA, where they followed the Blue Grass festival circuit and met even more lifelong friends in the desert.

Vern was the gadget guy, he always had the first in electronics – cassette players, movie cameras, and satellite tv.  He attended every family event with his video camera to film his grandchildren’s sports, school, and church events.  Vern loved family, music, garage sales, and RV-ing. He was not into sports, politics, fishing or hunting.  He chose not to witness the dark side of society and focused on the positive side of life.

Vern will be missed, and not forgotten by his family and many friends.  Special thanks to the compassionate staff at Kelowna General Hospital, especially 4 East and 4A, for their care in his last days.

A Memorial Reception will be held on FRIDAY, FEBRUARY 10, 2023, at 2:00 pm (PST), at SPRINGFIELD FUNERAL HOME, in the Family Centre, 2020 Springfield Road, Kelowna, BC. If you are unable to attend in person, please join the family online by Livestream at the time of the service (see below), a recording will be made available to view shortly thereafter.

A Celebration of Life is being planned for late Spring 2023 (details to follow).

In lieu of flowers, please consider a donation to your favourite charity.


The service for MCGOVERN, Vern Arthur is scheduled for FRIDAY, FEBRUARY 10, 2023, at 2:00 pm (PST). Below you will find the map for the service location and the contact information should you have any questions.