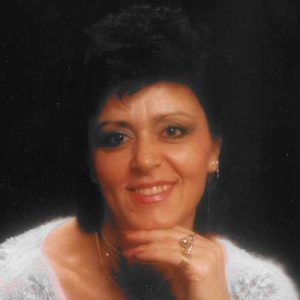 It is with deep sadness we announce the passing of Joyce McKenzie on the morning of Friday, November 5, 2021.

Joyce [Geeka Hadgis] was born in Greece in January 1942. As a child, she and her mother fled their homeland into Yugoslavia to escape the end of the war. From there they left Europe and eventually settled in Hamilton, Ontario, where Joyce went to school and learned English, and eventually married and started her family. Joyce and her young family relocated to British Columbia where her last child was born, eventually settling in Langley. She enjoyed many years as a mother and homemaker before deciding to return to Hamilton to be with her parents. Later, Joyce moved to Kelowna, British Columbia to be closer to her children and their families, and in her time there, forged strong new friendships that she maintained through her remaining years.

Joyce enjoyed a simple life. She was a proud mother to her children and grandchildren, who were deeply devoted to her in return. She always had delicious Greek food and cookies in her fridge for when they visited. She remained deeply proud of her Greek heritage and her faith in the Greek Orthodox church. Joyce was diagnosed with breast cancer at the age of 55, and later in her ‘60’s with congestive heart failure, and beat them every day for the remaining years of her life. She will be remembered as fiercely strong, powerful, elegant, dignified and loving in the face of overwhelming illness until the very end. She was cared for lovingly by her daughter Stephanie in her final weeks.

She is survived by her daughter Stephanie (Tod), her son Rod, grandchildren Nicholas, Luke, Joseph, Zoe, Rylee, Molly, and Tiffany. She is predeceased by her beloved daughter Cynthia. She was 79 years old.