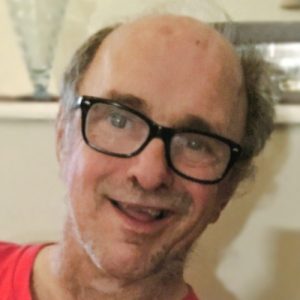 It is with deep sorrow that we announce the passing of Courtney Brett Merrick. Courtney was born on September 23, 1965 in Moosomin, Saskatchewan and passed away on November 6, 2020, in Kelowna, British Columbia. He is predeceased by his father John Merrick, mother Shirley and in June of this year his brother Richard (Tim). Courtney is survived by three brothers – Jordin, Leslie and Trevor, and two sisters – Jennifer and Noreen. He also leaves behind four paternal half siblings – Monty, Jordin Jr., Samuel and Clinton, as well as numerous nieces, nephews, cousins, aunts and uncles.

Courtney was a well-known personage in the Kelowna area. In his teen years, Courtney could be seen in downtown Kelowna delivering the Kelowna Daily Courier. He experienced a rich involvement with Premium Support, Tier Support, Thompson Support, CCSS and CLBC.

Courtney enjoyed his coffee visits with his support staff. He loved fishing, shooting hoops, and he put a lot of miles on his running shoes walking.  Courtney had a smile that quite simply lit up a room. His favourite song was “Hit Me with Your Best Shot”, and life did just that.

From being born with little hope of survival, Courtney survived the odds many times throughout the years and touched many lives. He will be forever loved and always missed by those who knew him.

A Celebration of Life will be held in the spring of 2021 for family members and others closest to him.  It is the family’s wish and hope that he be remembered for the very special person that he was.