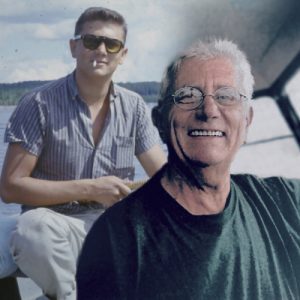 With deep sadness we announce that our dad, Edward Lawrence Moric, passed away on March 22, 2021, with family at his side. He is survived by his wife of 65 years, Sylvia; his kids Lisa (Don), Christine, Jennifer, and Daniel (Diana); grandchildren Sara and Jonathan; and his sister Marcy Ekholm (Gerry).

Ed was born on March 28, 1935, into a family of 9 children in the farming community of Vilna, Alberta. His family came to Vancouver when Dad was in junior high, settling in East Vancouver. Dad attended Templeton high school where he met Mom, Sylvia Legg, which began their almost 70-year-long relationship. They were married at St. Paul’s Cathedral in Vancouver in September 1956.

After graduating from high school, Dad landed a job in sales with Quaker Oats. The rainy climate on the coast began to put a damper on their lifestyle, and he and Mom decided to move to Kelowna, the ‘Four Seasons Playground’ as it was touted in the 60s. They moved to the Okanagan on January 8, 1965, and Dad soon started his career with BC Tree Fruits in international markets. It allowed him to travel and see a lot of the world, sparking a lifelong love of travelling. Some of the places he visited include Southeast Asia, Japan, and the Middle East. His curiosity for local culture and cuisine was something he always shared with us upon his return, as he took hundreds of photographs. Setting up a projector and hosting a slide show of his trips was a family night highlight.

Their first and our family home was on McCulloch Rd in East Kelowna, on 12 acres of apple orchard. Dad formed friendships with neighbours and other orchardists in the area: the Kabatoffs, the Wickenheisers, the Weningers, the Bundschuhs, the Rogers, the Fitzgeralds, and the Bullocks to name a few. He learned how to run an orchard with the generous knowledge and help from neighbours and on his own. Every day after the office and on weekends there was work to be done, and Dad was a Jack of All Trades, he could do everything; in fact, he did. He completely renovated that house, Mom at his side. Converting a cistern into a rec room, an outdoor deck into a cozy family den, drywall, insulation, and electrical, all of it almost completely done by Dad. All while working full-time and tending to the orchard. Dad also made time to join the local East Kelowna Volunteer Fire Department and enjoyed being on a Slo Pitch team for many years.

Dad loved nature and to be outside and had many adventures with us kids. Trail biking, hiking and camping in Tweedsmuir Park, snowmobiling in the Greystokes, celebrating his 70th with an ultralight flight, a white water rafting trip, skiing at Big White and camping in Bella Coola. As a family, we enjoyed many summers on Okanagan and Shuswap lakes, swimming, waterskiing and camping. Indoors, there always seemed to be a game of chess, Yahtzee, rummoli, Monopoly, ping-pong, crib or Trivial Pursuit happening.

After retirement in 1990, he and Mom tried their hand at sailing and golfing, and enjoyed lots of travelling. They loved Mardi Gras in Brazil, seeing the Great Barrier Reef in Australia, live jazz in New Orleans, and the beaches and city of Havana in Cuba. They enjoyed RV’ing for years, trips to the coast, Tofino, and longer trips down to Arizona. When not travelling, Dad enjoyed the lake view from their house on Clifton, feeding the birds, and enjoying projects around the house, large and small. When he began to lose his hearing, he said one of the things he missed the most was hearing the birds sing.

Dad lived life on his own terms, and worked extremely hard to provide for his family. He let us kids take risks which fostered independence, he loved adventure and to see others enjoy it too. He was not afraid of hard work, which set a standard for us. Setting long line sprinklers, gathering prunings and windfalls, and of course harvesting apples every fall, we learned the value of hard work and formed a deep work ethic that has remained with us our whole lives.

Dad wished to be cremated and to have his ashes scattered in his two favourite places in nature. He loved the sun, we felt it was a meditative experience for him where he found some peace.

No funeral service by request.

Never forgotten, and profoundly missed.
We love you Dad. 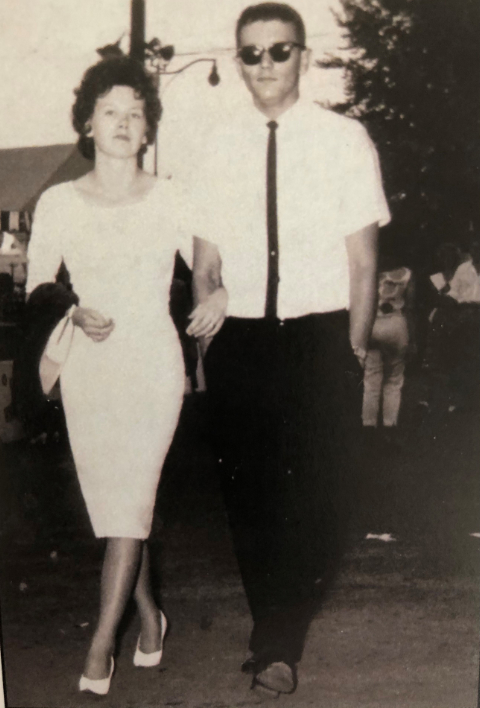