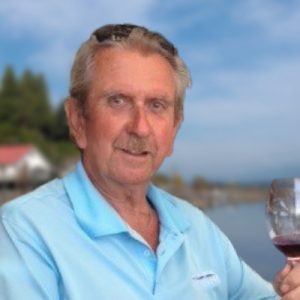 Richard Munday, 77, died at home in Kelowna, BC, on January 5, 2023. Richard was born in West London, England on December 9, 1945. His family lived in various towns in southern England, where he received his education. He received his training as a machinist while he spent time in the British Navy. Richard immigrated to Canada in 1973 where he continued his career as a machinist until retiring in 2017. Richard and his wife, Diane, moved to Kelowna in 2018, here he was able to enjoy his passion for golf and occasionally spent time on the water.

Richard lives on in the memories of his wife of 32 years, Diane Munday; his children Katherine Gobeil and Richard Munday; as well as his grandchildren Logan, Jaxon, Alexa, Aliyah, and Dominic. He will also be missed by his brother Peter Munday of Ramsgate, England.  He was predeceased by his brother Geoffery Munday.

A Celebration of Life will be held at a later date.