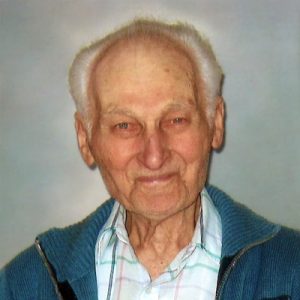 My father was the bravest man I knew. He had many heartaches in his life, and yet his amazing faith in his Heavenly Father took him through it. He would carry on with grace and peace knowing all would be well, as he was in God’s hands. He was determined and whatever he set out to do, he would see it through to its completion, always went above and beyond in doing a job, and did all he did as unto the Lord.

A good friend to many, Dad would be quick to help out when asked or would volunteer without being asked; from helping a neighbor out, to fixing bikes at the daycare he would be happy to do it. He was a kind and compassionate man. Both he and my mother helped greatly in animal rescue in their later years. They believed that every life mattered no matter how great or small. They cared for many of the TRACS rescued rabbits over the years, they would say it brought new life to old bones. They dearly loved each and every animal that came into their care, they would laugh and be happy when one who was ill got better and went back to the sanctuary, and mourned everyone that crossed The Rainbow Bridge for who they were and what they brought  to this world. It gave my parents a felling of joy and purpose. “Grandpa Bunny”, as he was known to many, was loved and will be dearly missed.

A graveside funeral will take place at a later date. In lieu of flowers, donations can be made to TRACS (The Responsible Animal Care Society), tracs-bc.ca.  Dad would also want for you to take some time to reflect and find your passion. Once you have done that, find an organization or some way to help out whatever it may be, and live out part of your purpose. Live your life for others it will change not just life for others but you as well.