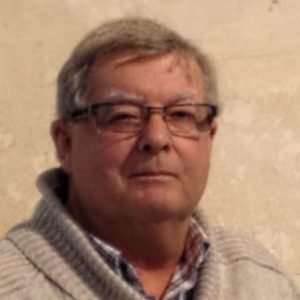 It is with heavy hearts that we announce the passing of Alvin Naumann on April 30, 2022, in Kelowna, BC. Alvin is survived by his wife Janet Naumann, married for 49 years; children Cheryl Aamot (Duncan), Vickie Naumann (Arden), Janis Fritz (Jason), Adam Naumann (Julie), and Angela Naumann (Daniel); as well as many grandkids and great-grandkids.

Born in London, England on May 25, 1950, Alvin was an immigrant to Crooked River, SK as a 12-year-old, where he later met Janet. In 1985, he moved his family of 5 to Kelowna, BC and raised his family. His time in the Okanagan was spent with family, friends, travelling, teaching, camping, and playing with his model trains.

In lieu of flowers, those wishing to honour his memory may donate to the  Heart and Stroke Foundation of BC & Yukon; Kidney Foundation of Canada; or the BC Children’s Hospital.