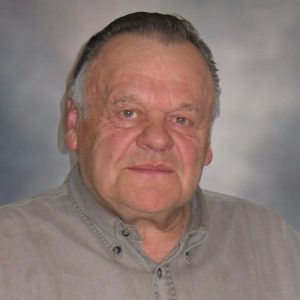 Born in Lamont, Alberta on April 7, 1938, Bud was raised on the family farm – located southeast of Fort Saskatchewan, Alberta. He remained on the homestead actively farming until 2019, when he moved to Kelowna, BC.

Bud enjoyed watching sports and playing cards.  He loved his daily bike rides and would often boast about being able to ride every month of the year in Kelowna.

Bud was predeceased by his parents Rudy & Anne Naundorf, as well as brother Ron. He will be fondly remembered by his wife Althea Naundorf; daughter Janet (Kevin) Fedorak; granddaughter Nicole Fedorak and grandsons Eric (Lindsay) Fedorak and Craig (JoAnn) Fedorak; as well as three great-grandchildren; his brother Fred (Margaret) Naundorf and sister Judy Weir; as well as his nieces and nephews.

A Memorial Service will be held on MONDAY, JUNE 20, 2022, at 1:00 PM (PDT), at SPRINGFIELD FUNERAL HOME, 2020 Springfield Road, Kelowna, BC. If you are unable to attend in person, please join the family online by Livestream at the time of the service (see below), a recording will be made available to view shortly thereafter.


The service for NAUNDORF, Alvin “Bud” is scheduled for MONDAY, JUNE 20, 2022, at 1:00 PM (PDT). Below you will find the map for the service location and the contact information should you have any questions.