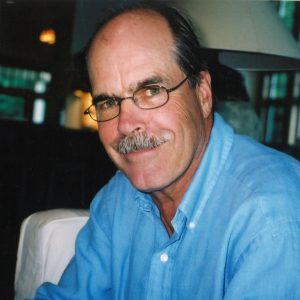 Beloved to his family, cherished by his friends, Michael Nedham passed away peacefully in Kelowna on Friday, May 29, 2020 in his 80th year.

Born and educated in Toronto, Ontario, he graduated with a Bsc-Eng degree in 1964 from Queen’s Universtiy followed by a MBA from Ivey Business School in 1969. Michael first started off at Shell Canada in 1964, and then experienced a long career in business that began at Burn Bros and Denton, which led him to co-found Lancaster Financial in 1986 until 1995 when it was acquired by TD Bank.  He spent three years as Managing Director of TD Securities and in 2001 he co-founded Newport Partners. Michael was a builder, whether it was homes, businesses, or relationships.

In 1964, Michael met Carol Elizabeth (Ungarian) and they married in 1967.  They raised three children together, Suzanne McBriar (Neil), Julie Slootweg (Joshua), and Scott Nedham. Together with Carol, Michael enjoyed designing beautiful homes in Ontario, Alberta, British Columbia, South Carolina, and Florida.  In 2010, Michael and Carol retired to Kelowna, BC where they enjoyed welcoming friends and from where they would travel to locations around the globe.

Michael’s profound sense of integrity, remarkable loyalty, love for good wine, passion for golf and the outdoors as well as adventurous travel survive in the hearts and memories of his friends and family, especially his wife of 53 years Carol, and his children. His seven grandchildren were lucky to have such an adoring Pops – Talel, Noah, and Allie (McBriar); Leif, Summer, and River (Slootweg); and Jackson (Nedham).

Raise a glass of the very best wine to remember this exceptionally hardworking, determined, and devoted man. A small private ceremony will be held at Springfield Funeral Home in Kelowna and a larger memorial will be held sometime in the future.  In lieu of flowers, donations may be made to Parkinson Society British Columbia, www.parkinson.bc.ca and JDRF Canada, www.jdrf.ca.