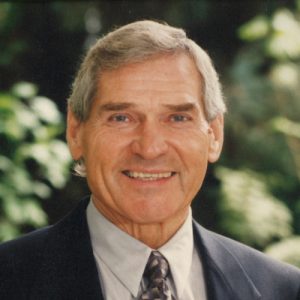 It is with great sadness that the family of Carl Neufeld announce his passing on November 9, 2022, at the age of 92.

Carl was born on the family farm in Lost River, SK to parents Bernhard and Maria. His first claim to fame was that due to his arrival, the threshing crew was sent home for the weekend without getting supper first. Those early years of hard work, daily chores, and simple pleasures left a lasting impression. Although he had many fond memories of the farm, Carl was drawn to the ocean, leaving Saskatchewan as a teenager to work aboard freighters that took him across the seas to Kobi, Japan; Mexico; and the Great Lakes. He returned to Kelowna, BC to work as deckhand and Second Officer on the MV Pentowna, CN Tug #5 and was also First Officer on Tug #6 on Okanagan Lake.

On April 5, 1951 he married Agnes and worked alongside his father-in-law Henry Friesen constructing homes. Later years found him working for fine home builders E&Q and helping in the construction of Kelowna Gospel Fellowship Church.

His first son Ron was born in November 1952 and in early 1954 the young family moved to Quesnel, BC to begin a logging and sawmill business. During their 3 years in the Quesnel area, they welcomed the addition of son Glenn. They returned to Kelowna, and he operated a service station. The family was complete with the arrival of twin girls Teresa and Laura in 1959. In 1963, the family moved to Surrey, BC, but after several years returned to Kelowna, owning and operating Kelowna Beverages for 11 years. He purchased Rutland Sports and then Lyman Lures. He passed the reins to Glenn and the paint brush to Laura, and manufacturing fishing lures became another thriving family run business. He built up all those businesses with honesty, integrity, and a lot of sweat equity. He was always humble about his accomplishments, his favourite saying was “It’s more God’s grace than good management”. Carl had a strong faith in God, which comforted him and gave him strength to the end.

He loved the outdoors and staying fit. An avid skier, he knew all the best powder runs at Big White and was a ski patroller in the late 60s and early 70s. He enjoyed hiking; the Grouse Grind was an annual event that continued to the age of 80. Carl loved to windsurf, so they spent 15 winters camping on the Baja beach. He could fix anything and accomplished whatever job he put his mind to.

The family would like to thank the kind staff at Cottonwoods and the amazing nurses and doctors in the ER and 6West at KGH.

A Celebration of Life will be announced at a later date in 2023.