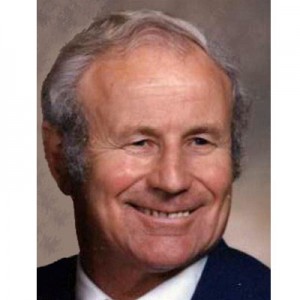 On March 6th, 2012, at the age of 87, Paul passed away at home with family by his side, after a long and courageous battle with cancer.

Paul is survived by Barbara, his wife of 60 years;

A special thanks to Paul’s loving caregiver, Helen Biabado.

Paul will be sadly missed and lovingly remembered.

In lieu of flowers, donations can be made to your favourite charity. Paul faithfully supported the missions; one of his favourites was “Save a Family Plan” www.safp.org.

Send Condolences
donations can be made to your favourite charity Link: Paul faithfully supported the missions; one of his favourites was “Save a Family Plan” www.safp.org.


The service for Odermatt, Paul is scheduled for Tuesday, March 13, 2012 at 11:00 am. Below you will find the map for the service location and the contact information should you have any questions.